Home » News » Monsoon to gain momentum in Kodagu after June 20 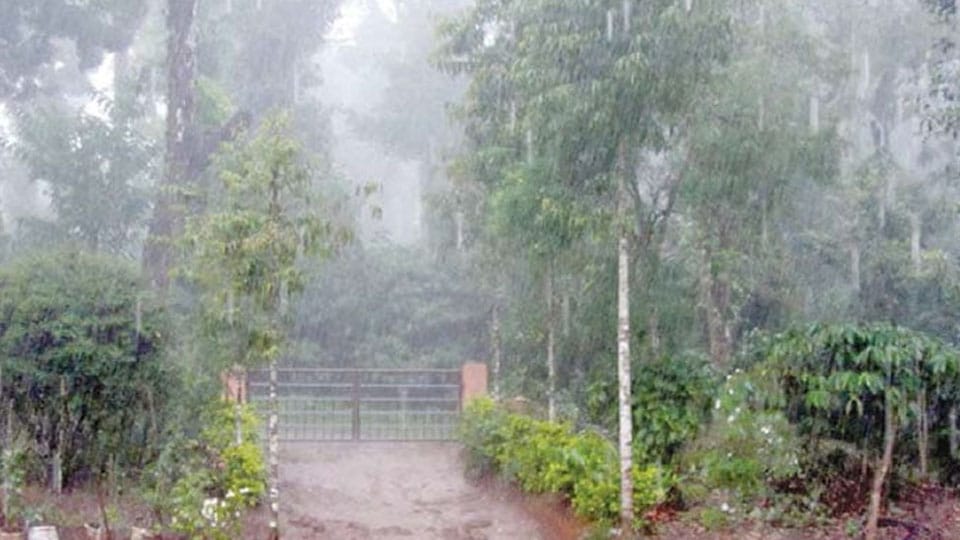 Monsoon to gain momentum in Kodagu after June 20

Madikeri: With the Meteorological Department force-casting that Monsoon may pick up in Kodagu after June 20, the people residing in villages, which were devastated in last year’s floods, are feeling scared, apprehending monsoon fury.

The Geological Survey of India has listed 13 villages and localities in Madikeri and Somaswarpet taluks, which include Kalur, Mukkodlu, Makkandur, Hammiyala, Soorlabbi, Jodupala, Madenadu, Hemmatalu, Meghatalu, Chamundeshwarinagar, Indira Nagar, Mangaladevi Nagar and Vinayaka Extension as disaster-prone areas. A total of 236 families are residing in these 13 villages, which were washed away in last year’s natural calamity.

With the Meteorological Department forecasting monsoon fury after June 20, these families are pondering on where to go, as finding a house for rent elsewhere has become a difficult task for them.

Even as the villagers are jittery over the prediction of heavy rainfall, Kodagu DC Annies Kanmani Joy said that the District Administration is ready to pay one month rent in advance for villagers who are willing to relocate ahead of monsoon.

The Veterinary Department has been asked to take care of the cattle owned by the villagers, she said and added that the relocation of residents of flood-prone villages will be completed in a week.

With the felling of over 800 trees in K. Nidugane Gram Panchayat limits for construction of a resort causing a furore in the district, Kodagu DC Annies Kanmani Joy chaired a meeting of the Tree Committee at Aranya Bhavan in Madikeri Town on Tuesday.

The meeting resolved not to grant permission for felling of any trees, with a ban order already in place on cutting of trees and transportation of logs till the end of September.

The meeting agreed to grant permission to use only 300 cft of wood in 15 years, to each agricultural family and coffee grower for personal use.

The meeting also decided to allow felling of not more than 10 trees in one acre area in a period of five years at places other than eco-sensitive areas.