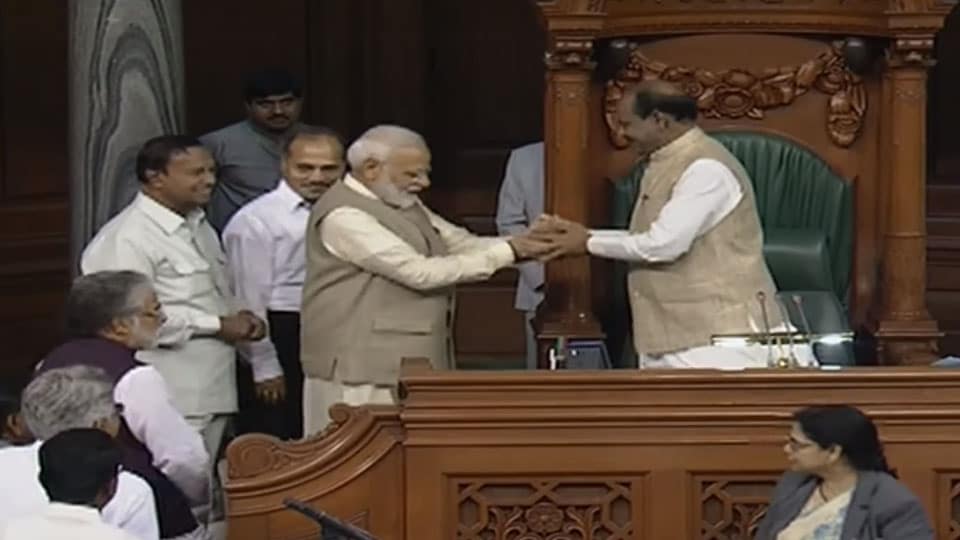 Prime Minister Narendra Modi, who moved the motion for his election, personally led him to the Speaker’s Chair after the formalities were over.

“Jan Seva (public service) has been the focal point of the politics of Om Birla. He is a compassionate leader who will preside over the sittings of the House,” PM Modi said.

Commending the law-maker, the PM said: “The work that you have done, the manner in which you have dedicated your life for the benefit of the nation in all your years as a Legislator and a Parliamentarian, is commendable.”