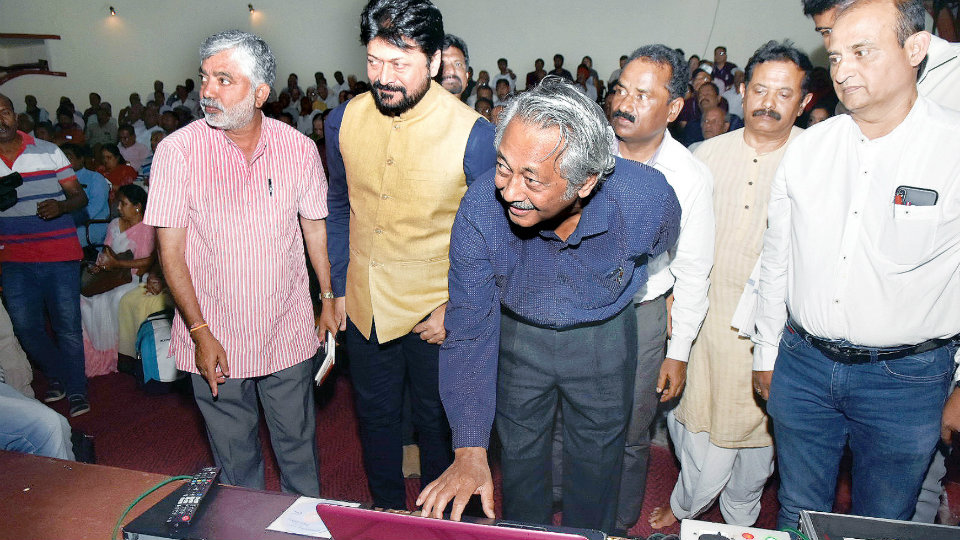 Mysore/Mysuru: ‘Gandhi Patha’ is the theme for this year’s Bahuroopi Theatre Festival. On this occasion, Desi Ranga of Mysuru staged a street play at City Railway Station this morning at 11 am. Janapadotsava Convenor Geetha Montadka inaugurated the play. As part of the theatre festival, Desi Ranga, Hejje Gejje and Ranga Sangama theatre troupes will be staging street plays in different areas across the city every day till Feb. 19.