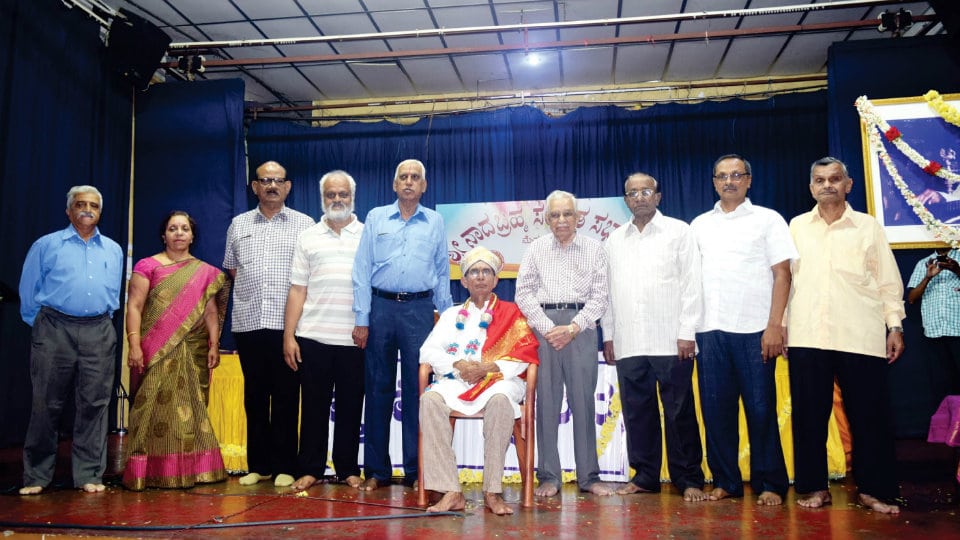 Sri Nadabrahma Sangeetha Sabha has the practice of honouring a senior veena player with the title ‘Vainika Brahma’ every year in memory of Sangeetha Kalanidhi late Veena Doreswamy Iyengar. This year, Dr. Vijayaraghavan from Mysuru was honoured with this title in the presence of Modamani, senior art patron K.V. Murthy and D. Balakrishna, son of Doreswamy Iyengar. A veena-based programme ‘Vainika Vaibhava’ was also arranged as part of this programme.

On the occasion, Dr. Vijayaraghavan gave a veena concert with Tumkur B. Ravishankar on mridanga and Sharat Kaushik on ghata.

Vijayaraghavan has a traditional and chaste way of playing veena with no gimmicks, adhering to strict classicism. In the two-hour concert, he included compositions from The Trimurtys, Mysore Vasudevacharya and an RTP.

The alapana of Dharmavati stood out for its modulations in the gamakas that conveyed the raga bhava and the clarity of the phrases. ‘Bhajana seya rada’ by Mysore Vasudevachar was a treat that was heightened by the support from Tumkur Ravishankar who filled the gaps wonderfully well.

The RTP in Sarasangi flowed smoothly and the nuances of the raga and the tana were captivating. Vijayaraghavan sang the pallavi before the rendition. Taniyavartanam followed with Ravishankar on mridanga and Sharat Kaushik on ghata, which regaled the audience.