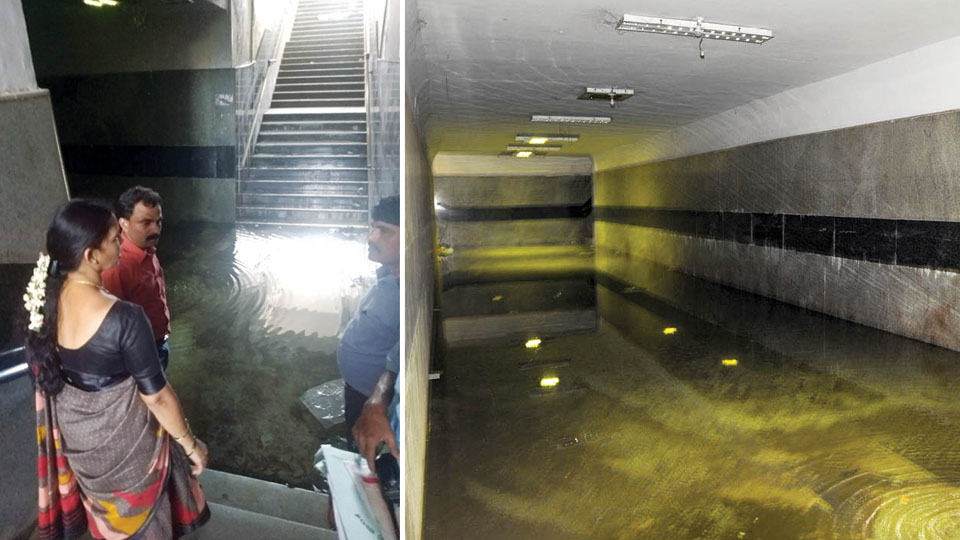 Subway on Sayyaji Rao Road to open for public soon

The MCC swung into action as soon as the news item titled ‘Subway on Sayyaji Rao Road in dangerous condition’ was published in Star of Mysore  yesterday along with photographs.

Deputy Mayor Indira Mahesh, MCC Executive Engineer Jadhav, Vani Vilas Water Works Executive Engineer Anand and Development Officer Nagaraj visited the spot yesterday evening and checked the subway. They suspected that because of the leak in the drinking water pipe the water is getting collected in the subway.

Jadhav said that they are yet to ascertain whether it is due to the rainwater flowing or due to water seepage that the problem has occurred and once it is found out, it will be repaired immediately and the subway will be thrown open to the public.