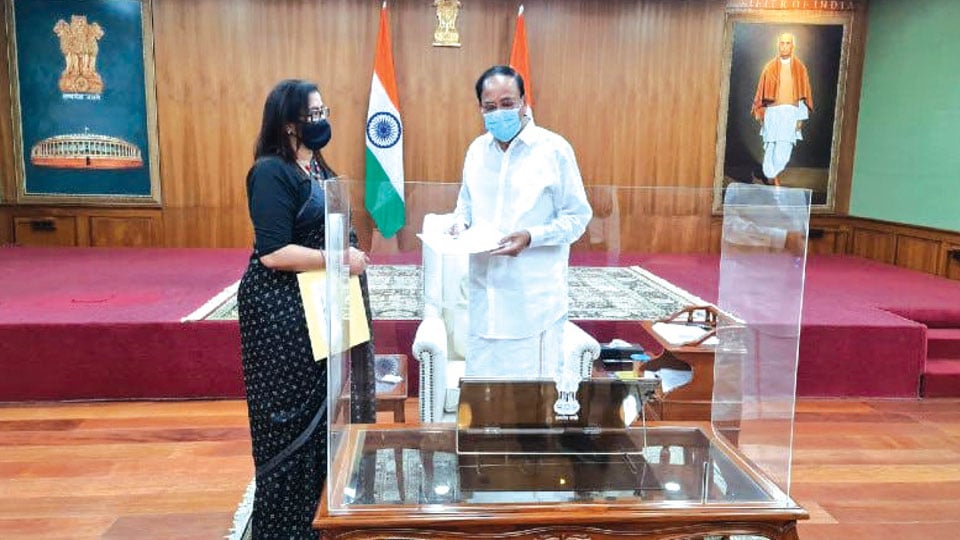 After raising the issue in the Parliament, she met Vice-President (VP) M. Venkaiah Naidu on Friday  and had discussion with him to exert pressure on the Government to stop stone mining and blasting activities within 20 km radius of the Dam to ensure the structural safety.

The MP told the VP that though there has been a blanket ban on any kind of mining within 20 kilometre radius of the Dam, the ban orders are openly flouted by people who have political backing and also with the support of mining mafia. People, residents near the Dam and farmers who complain against mining are being threatened by criminals and officials who are hand-in-glove with local politicians, she said.

She apprised Venkaiah Naidu about the danger that mining poses to the Dam structure and how already crores of rupees have been spent on filling up the cracks on the Dam while the officials are tight-lipped about the actual status of the Dam and are issuing statements on Dam safety bowing to political pressure.

Responding to this, the Vice-President assured Sumalatha that he would speak to the Ministry of Environment and take appropriate action.

The MP requested the VP to order for an actual scientific study of the Dam structure and the threat posed by the mining activity and high-intensity blasts on the rock plates on which the Dam stands.