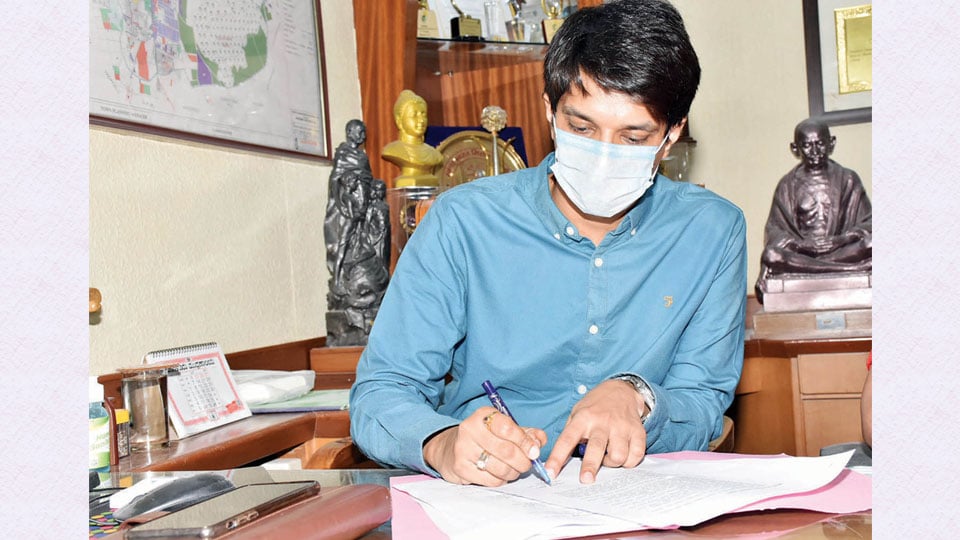 Mysore/Mysuru: Mysuru City Corporation (MCC) Commissioner G. Lakshmikantha Reddy has convened a meeting of Pourakarmikas tomorrow (July 26)  to sort out the issue of 107 contract Pourakarmikas, who have been asked not to come to work.

MCC Health Officer Dr. D.G. Nagaraj said that the meeting has been called after several Pourakarmika groups met Deputy Commissioner Dr. Bagadi Gautham and asked him to intervene in the wake of oral instructions given to over 100 Pourakarmikas not to come for duty.

These Pourakarmikas were working on contract basis in the Corporation limits, who are now staring at an uncertain future.

Consequent to cancellation of contract system, the State Government and the MCC are supposed to directly make payment to Pourakarmikas. But for this, certain guidelines should have been followed. Since it was not followed (during the recruitment of some workers), they have not been paid salary for last three months. Now, they have been orally instructed not to come to duty.

Of the total 2,500 Pourakarmikas working in the MCC limits, 1,648 had been working on contract basis. To get the salary directly from the State Government, they should not be over 60 years of age and have at least 2 years of experience. These rules were not followed while taking 107 Pourakarmikas, who are now facing threat of losing jobs.

Close on the heels of this incident, a delegation of Pourakarmikas led by former Mayor M. Narayan met Dr. Bagadi Gautham and requested him to direct the MCC authorities to take back those workers as well as to release their salaries  immediately.

READ ALSO  Tale of missing grills and passing the buck

Narayana told the DC that of 1,648 Pourakarmikas working on contract basis for several years, many have been appointed directly.

However, 107 workers have been left out from regularisation of their jobs because of which they have not been paid salary for last three months. The MCC Health Inspectors have instructed those workers not to come for duty. Among them, some are appointed on compassionate ground and removing them from job at this juncture will cause them problems.