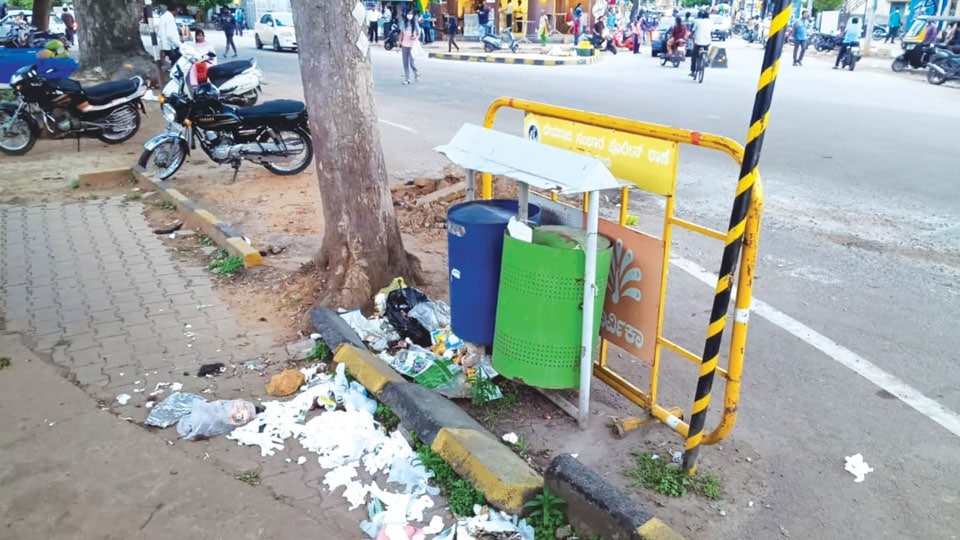 Mysore/Mysuru: Mysuru City Corporation (MCC) Health Officer Dr. D.G. Nagaraj, acting swiftly on receiving message about medical waste being discarded at the garbage bin in Chamundipuram Circle, has got it cleared within 30 minutes of him receiving the message.

Unhappy with the answers and expressing concerns that what would happen if cows and dogs consume it or if a person stamps on these wastes and gets infected, a resident, called up Mysuru Mithra, the sister concern of Star of Mysore, last evening and expressed their concern.

The residents also sent a few photos of medical waste discarded in the garbage bin. Soon, the issue was brought to the notice of MCC Health Officer Dr. D.G. Nagaraj and the photos were also sent to him through WhatsApp last night.

Taking the issue seriously, Dr. Nagaraj immediately swung into action and within 30 minutes, got the medical waste cleared from the spot.