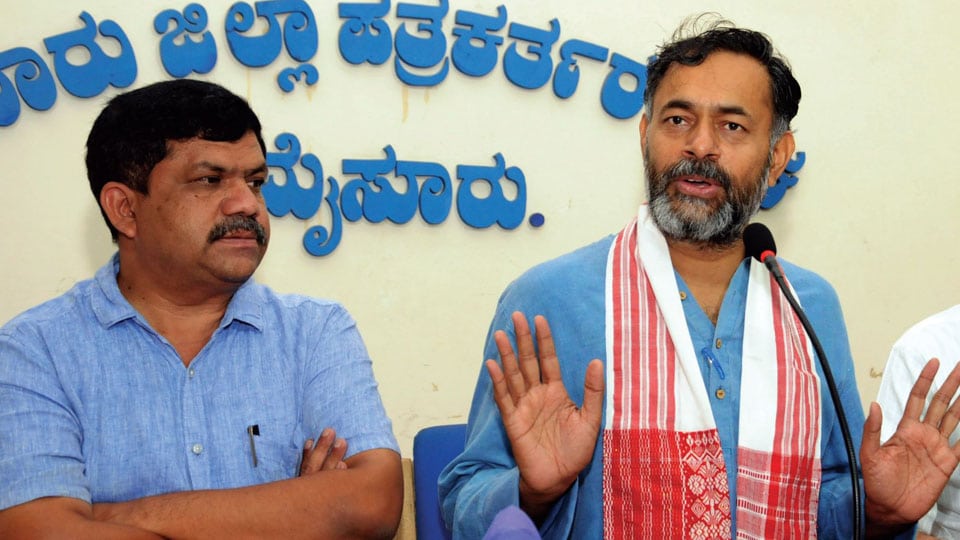 He was participating in an interaction with the Press organised by Mysuru District Journalists’ Association (MDJA) at its premises here this morning.

Yadav contended that the Indian Parliament today has no real Opposition party especially when the country is plagued by burning issues.

He regretted that all political leaders are just involved in mudslinging on each other during election rallies without divulging any concrete feasible plan to develop the country.

Continuing, Yadav said that Swaraj India had released the election manifesto focussing on conservation of water, eradication of suicide of farmers by creation of a drought-free State, solution for unemployment, evolution of a corruption-free governance, providing quality education, good primary and secondary health service and coming out with a zero communalism society which in short could be called a seven-point programme.

Referring to the long-drawn Cauvery River issue, Yadav regretted that everyone was focussing on sharing of river water instead of utilisation factors.