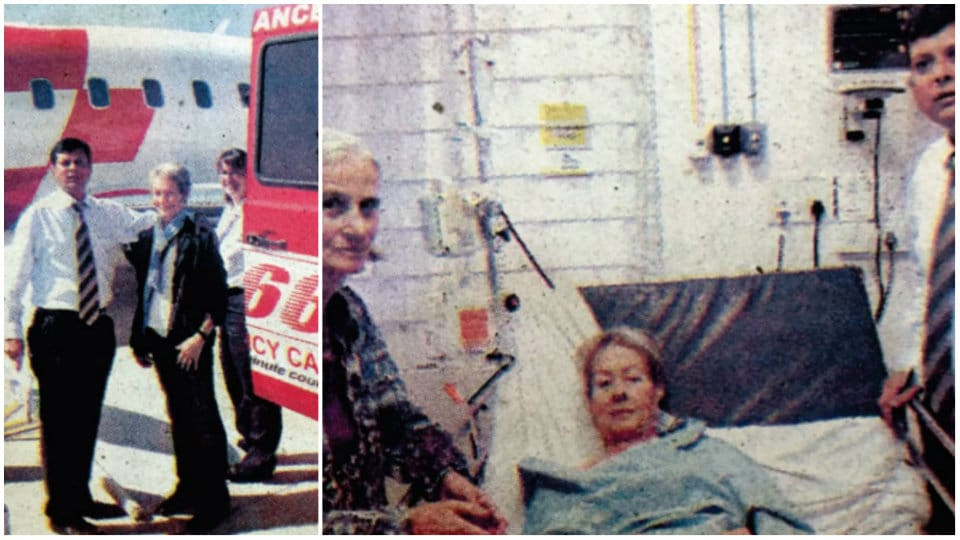 When Swiss Air Ambulance airlifted a patient from Mysuru…

The first patient to be shifted from Mysuru in an air ambulance to a foreign country was when international health agencies and a health insurance company sent an international air ambulance from Switzerland to Mysuru to airlift its client [A report in this regard was published in SOM dated Jan.30, 2012].

The air ambulance arrived at Mysore Airport to pick up a foreign tourist who was admitted and treated at Apollo BGS Hospital. The patient was shifted after stabilisation and recovery as she expressed her desire to go back to her country since she was alone.

The 65-year-old patient from Switzerland had come to a resort in Kodagu where she developed massive blood vomiting along with passage of blood in the stool. She was immediately shifted to Apollo BGS Hospitals, Mysuru, in a critical state with very low blood pressure.

A team of doctors attended to her and stabilised her. After recovering, she expressed her strong desire to go back to her country, Switzerland. She, with the assistance of Apollo doctors, called the insurance company which responded immediately. The insurance company responded within 36 hours and a Swiss Air Ambulance (REGA) with medial and paramedical staff arrived at Mysore Airport from Switzerland via Cochin. She was later airlifted to Switzerland.