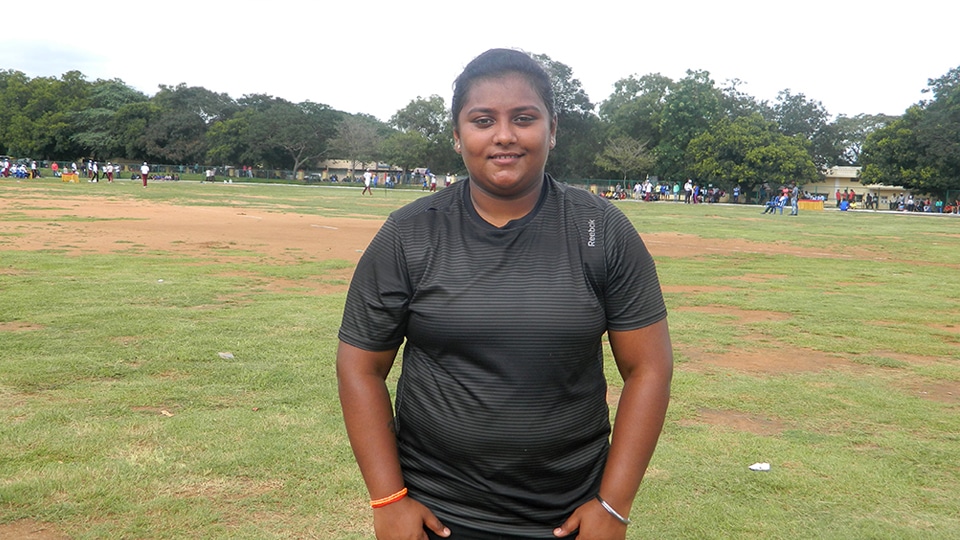 Athletics is a global sport and is very popular in the sporting scene. It is considered as the mother of all sports. Our city athlete Meghana Devang has been performing consistently in the National and State level Athletic Meets and has also brought laurels to our country in the International Meets. Meghana recently represented the University of Mysore in the All India Inter-University Athletic Championships (2017-18) at Acharaya Nagarjuna University, Guntur and won bronze medal in the women’s Shot-Put event with a throw of 13.71 m. She is our ‘Star This Week.’

Meghana, a 2nd Year BA student of Maharani’s Arts College, Mysuru, is a product of DYES, Mysuru and is being coached by SAK athletic and National coach Vasanth Kumar at Mysuru. She is the daughter of Balakrishna and Praveena.

Taking part in the Junior National Athletic Championships at Coimbatore, Meghana won the gold in Shot-Put representing Karnataka with a throw of 13.93m and created a new meet record.

The Department of Physical Education, University of Mysore, has been promoting her by giving her the required encouragement to forge ahead in her career.

Meghana has represented India in the World Youth Championships at Ukraine and secured 16th place in the Shot-Put event and representing India in the Youth Asian Championships in China, she secured fourth place. Meghana won gold in Asian School Track and Field event at Malaysia. She also secured first place in Shot-Put event in the South Asian Federation Games. She also represented India in the World School Games held at Brazil and secured sixth place.

Meghana has all the potential to make it to the next level. She needs encouragement from the Government and professional training so that she can do well in the international level.