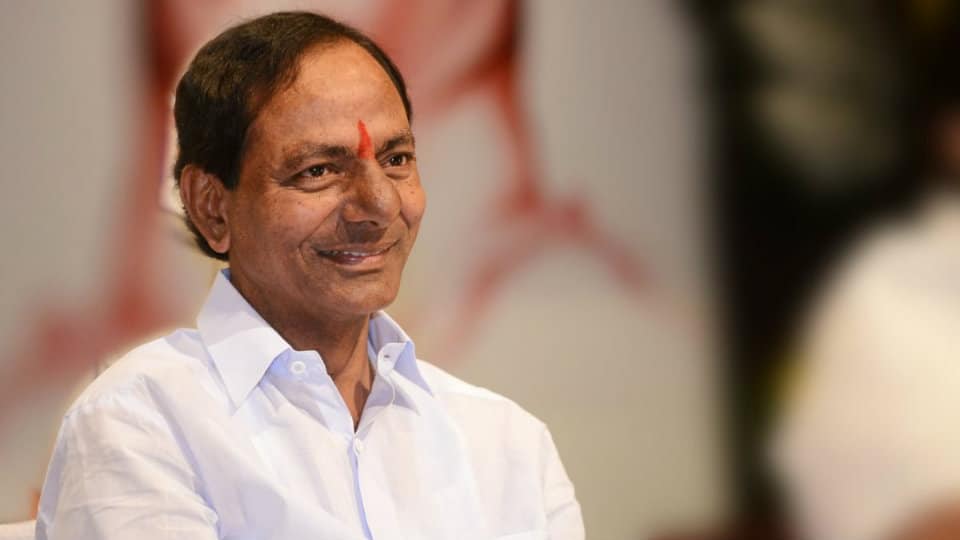 Telangana CM to double up as ‘coolie’ for two days

* To raise money to attend Party’s plenary and Formation Day

Hyderabad – Telangana Chief Minister K. Chandrasekhar Rao has announced that he too will work as a ‘coolie’ for two days along with his Cabinet colleagues, other law-makers and all leaders of Telangana Rashtra Samithi (TRS) Party to raise money to attend the Party’s plenary and Formation Day public meeting scheduled be held later this month. They will work as labourers to earn the money to bear their respective cost for attending  the meet.

The TRS chief declared that Apr. 14 to Apr. 20 will be ‘Gulabi (pink) coolie days’. He urged every party worker to work for at least two days to earn the money to meet transportation and other costs.

The TRS will hold its plenary at Kompally near Hyderabad on Apr. 21 while a massive public meeting is planned at Warangal on Apr. 27 to mark the party’s Formation Day.

KCR, as Rao is popularly known, said TRS had 51 lakh members when the government was formed in 2014 and the number had now gone up to over 75 lakh. The party is expected to get Rs. 25 crore as membership fee.

Party’s plenary will elect the President. Senior leader and Home Minister N. Narasimha Reddy will act as Presiding Officer. “You will see the election result”, was how KCR reacted when asked about the speculations that his son and Cabinet Minister K.T. Rama Rao will take over as the Party Chief.