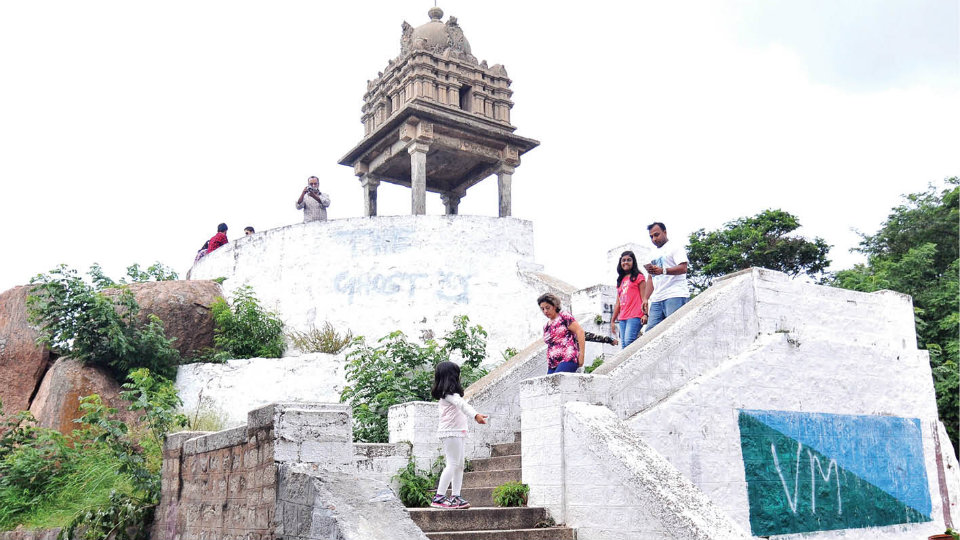 Mysuru: The ancient Gopura or Watch Tower (Gaali Mantapa) atop Chamundi Hill is in for a major makeover with the installation of a telescope to view the panoramic scenes of Mysuru city; a beautiful park so that tourists can enjoy a windy time and strong fencing to prevent graffiti and ugly writings on the walls of the Gopura.

The district administration plans to develop the Gopura as a View Point to attract tourists. It has plans to beautify the location with an estimated cost of Rs. 45 lakh.

Speaking to Star of Mysore, Deputy Commissioner D. Randeep said that after fencing the area around the Gopura, a beautiful park will be set up. Also, a telescope will be installed here for tourists to see the breath-taking views of the city.

Works are scheduled to be completed before Dasara-2017 and the Public Works Department (PWD) has been entrusted with the job. The State government has given administrative approval to the project and PWD has called for tenders, the DC said. Works will begin soon.

On the installation of the telescope, the DC said that it will be installed at a vantage point and viewing time will be fixed. Viewing will be free of cost, he added. 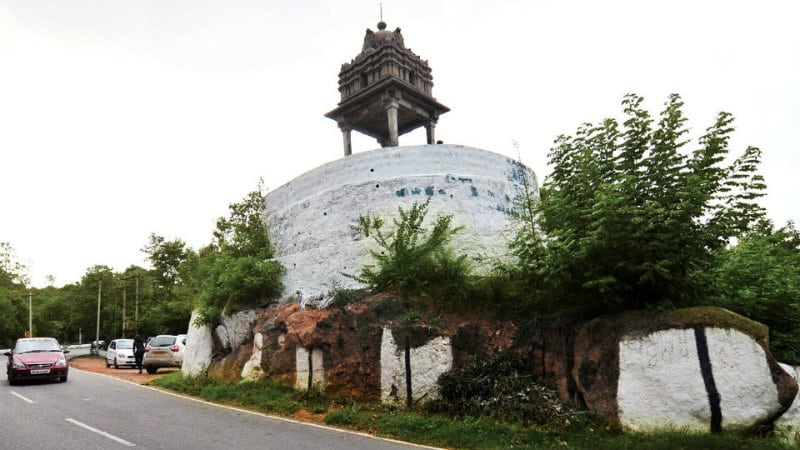 It may be recalled, the district administration had rebuilt the walls of the Gopura last year after rains had brought down a portion of the circular podium wall. The Gopura is a popular hangout for youngsters. Many Kannada film scenes have been shot there and the Gopura was illuminated during one Dasara season, making it popular among visitors.

After deciding to install gates at the four entry points to the Chamundi Hill and banning public entry from 10 pm to 5 am, the administration has decided to fence the Gopura to discourage mischief mongers. Following several complaints about people defacing the Gopura by writing on the walls and celebrating birthday parties, fences will be put up around the Gopura and gates will be installed.

According to officials, the Gopura has turned into a place for celebrations as college youths celebrate their birthdays with cakes, food and drinks. After partying, the youths generally leave the place with leftover food, water bottles and soft-drink cups.

“Many times, we have found beer and liquor bottles scattered all over the Gopura and there are instances where students have covered the sides of the Gopura with colourful veils to take pictures. We will prevent all these activities and reserve the place only for the people to enjoy cool breeze and spend some quality time with their families and friends,” the officials said.

The administration has also planned to depute one security guard at the spot to prevent unruly crowds and vandalism. The gates of the Mantapa will be closed after evening to prevent any unauthorised stay. Along with the fencing, the safety of tourists will also be ensured by setting up boundaries and installing warning boards.