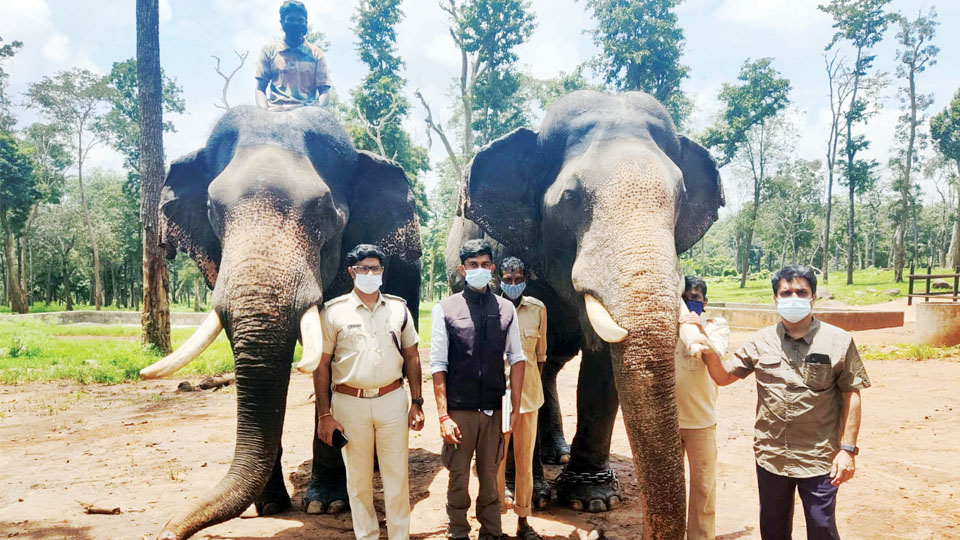 Mysore/Mysuru: With ‘Nada Habba’ Dasara nearing, the Forest Department officials have began the process of selecting elephants which will be taking part in the 10-day festivities in Mysuru.

The Forest officials have sought information pertaining to elephants’ health condition, weight, age, experience in participating in Dasara, health issues in last two years etc. from the veterinarians of the respective elephant camps, where the Dasara elephants are housed and submit a report.

DCF Dr. Karikalan, speaking to SOM said that a temporary list of 14 elephants housed in four elephant camps has been prepared, thus launching selection process of Dasara elephants as Dasara festival is nearing.

“Vets have been instructed to give reports on the health conditions of the elephants besides asking the vets to confirm whether the Mahouts and Kavadis, who will be accompanying the elephants to Mysuru, have been administered with COVID vaccine. A revised list of elephants for Dasara will be prepared only after receiving the report,” DCF Dr. Karikalan said.

When asked whether COVID test was mandatory for elephants, the DCF said that there were no reports from across the globe that elephants have contracted COVID-19, but there are reports of a tiger and a lion in Zoos contracting the deadly virus. In this backdrop, elephants participating in this year’s Dasara will not undergo any tests for COVID-19 but necessary steps will be taken pertaining to the health of Mahouts, Kavadis and their assistants, who will be accompanying the jumbos.