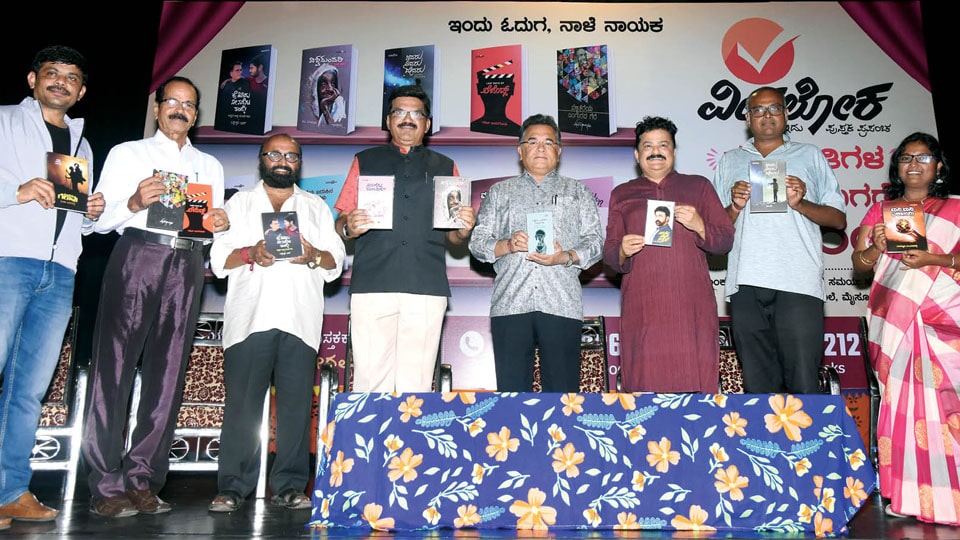 He was speaking after releasing 10 Kannada books of different writers including journalist Vishweshwar Bhat at a programme organised by Veeraloka Books Pvt. Ltd., at Natana Rangamandira in Ramakrishnanagar here on Saturday.

Prof. Krishegowda said that the Publisher Veerakaputra Srinivas has come forward to give a new dimension to the Kannada book industry through the publishing of these interesting books.

Observing that the Publisher is out to reach Kannada books to every household, he said that all Kannadigas should support Srinivas  in his endeavour.

He also appealed all writers and authors to extend their wholehearted support for providing a vast market for Kannada book industry. Pointing out that the people of America will rush to buy newly published works, Prof. Krishnegowda lamented that the situation in Karnataka was exactly the opposite, with readers showing little interest for purchasing new books.

Bemoaning that hardly a few people know the names of Kannada Littérateurs, he stressed on the need for promoting Kannada books like a Movement in order to keep alive the spirit and affection on  the language.

Prof. Krishnegowda further said that he was really happy to note that such a large number of people had gathered for the event at a time when people show little interest for attending book release events.

Actor Mandya Ramesh, in his address, emphasised on the need for evolving initiatives for propagating and popularising Kannada books. Announcing that all efforts would be made for delivering Kannada books to every household, he called upon everyone to support the efforts of Publisher Veerakaputra Srinivas for increasing the number of Kannada book readers.