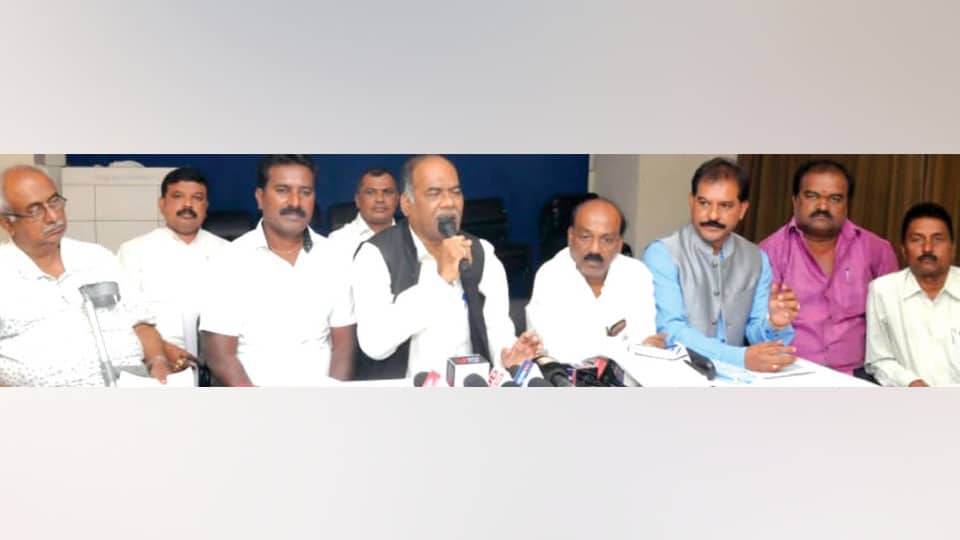 Mysuru:  Members of various Progressive Organisations have decided to hold a mammoth rally in the third week of February in city demanding the Union Government to withdraw the 103rd Constitutional Amendment Act, 2019 which grants 10 per cent quota for economically weaker sections.

A decision to this effect was taken at the round table conference on Constitutional Amendments-2019, Reservation Act, organised by Karnataka Rajya Hindulida Vargagala Jagruta Vedike, in city recently.

The members have also decided to hold protest at various phases to mount pressure on the Centre against the quota accusing it as anti-constitutional and anti- social. They have also resolved to create a public awareness among people about policies, anti-democratic policies by NDA Government led by Prime Minister Narendra Modi.

Urging the Centre to ensure caste -based reservation which was also demanded by Dr. B.R. Ambedkar and Socialist Ram Manohar Lohia, the members have also planned to launch a State-wide public movement pressing for fulfilment of their demands.

Addressing a meeting, progressive thinker and journalism Professor B.P. Mahesh Chandra Guru criticised PM Modi for granting 10 per cent quota by destroying the basic structure of the Constitution which was already questioned by the Supreme Court.

Though the previous governments at the Centre that had not come up with schemes to empower SC/STs/OBCs, they never attempted to destroy the basic tenets of Constitution that would threaten the interests of these socially backward classes, but   Modi took several anti-constitutional decision that would affect the interests of downtrodden, he said. He alleged that the Prime Minister was acting under the guidance of RSS and Multi- National Companies.

“PM Modi, has not eliminated poverty by taking decisions that aims at rooting out poor in the nation, youths have been struggling without jobs, poor people were suffered by his decisions of GST and demonetisation of higher currency notes in the country”, he alleged.

According to him, Schedule Castes have 101 castes, and there is only 15% reservation for them.

Former Vice-Chancellor Prof.   Dayananda Mane who also spoke on the occasion regretted for not providing jobs and houses for SC/STs/OBCs, who constitutes bulk of the country.