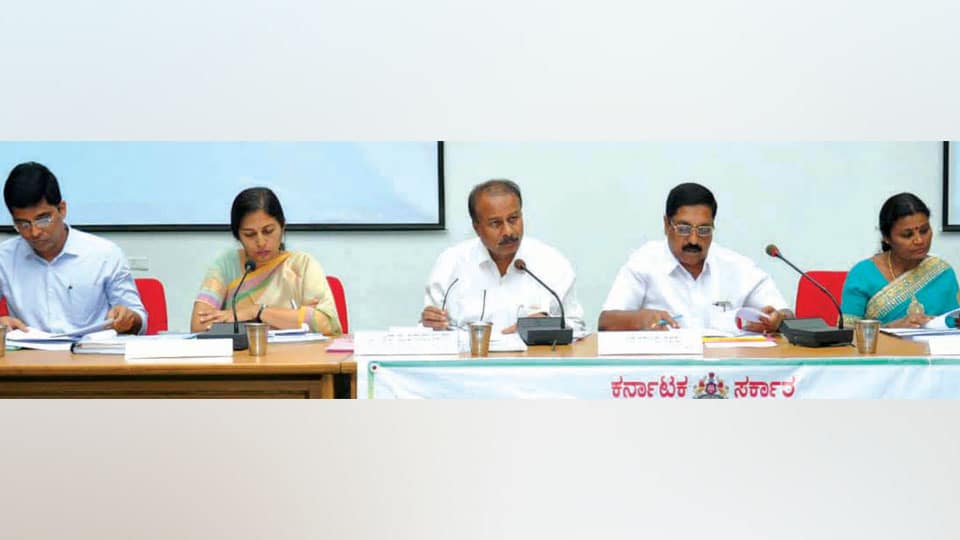 Chamarajanagar: Member of Parliament R. Dhruvanarayan directed the officials concerned to complete all the ongoing National Highway development works on war footing without any delay.

Chairing the District Development Co-ordination and Monitoring Committee (DISHA) meeting at Zilla Panchayat Hall in city yesterday, he instructed them to expedite the land acquisition and other related works within the stipulated deadline and the delay in highway development works would affect public, vehicle riders and other road users.

Expressing his displeasure about the delay in Under Ground Drainage (UGD) works on B. Rachaiah Double Road in city, he asked the officials to take up the construction immediately.

He also wanted the bureaucrats to set right the drainage problem as overflowing sewage water from the unscientifically constructed drain on the National Highway at Gundlupet town was entering the KSRTC Bus Stand. Officials must also replace the damaged street lights installed on National Highways at T. Narasipur, Gundlupet and other towns in his Parliamentary Constituency, the MP said.

Referring to the improper maintenance of solar lamps installed at Puranipodi in Biligirirangana  Betta (BR Hills), he asked the agencies concerned to look into such complaints and reminded them of their responsibilities to maintain the solar lamps.