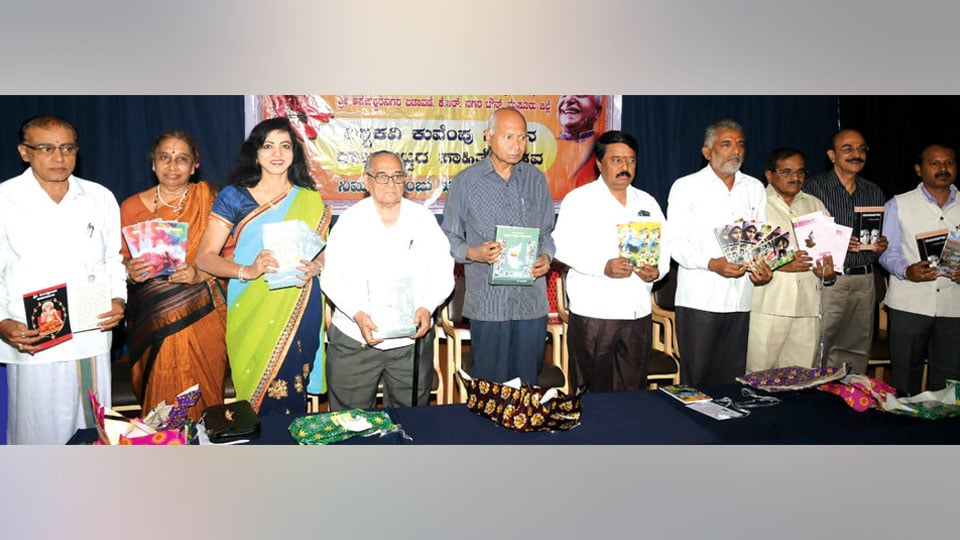 Mysuru:  As part of the 32nd anniversary of Gramantara Buddhijeevigala Balaga, ten works of different writers were released at a programme organised at JSS Rajendra Bhavan here yesterday.

Speaking on the occasion, veteran littérateur Dr. C.P. Krishnakumar said that Dr. G.D. Josh’s works were rare ones in Kannada, which highlighted new facts and issues.

Several writers were felicitated on the occasion.