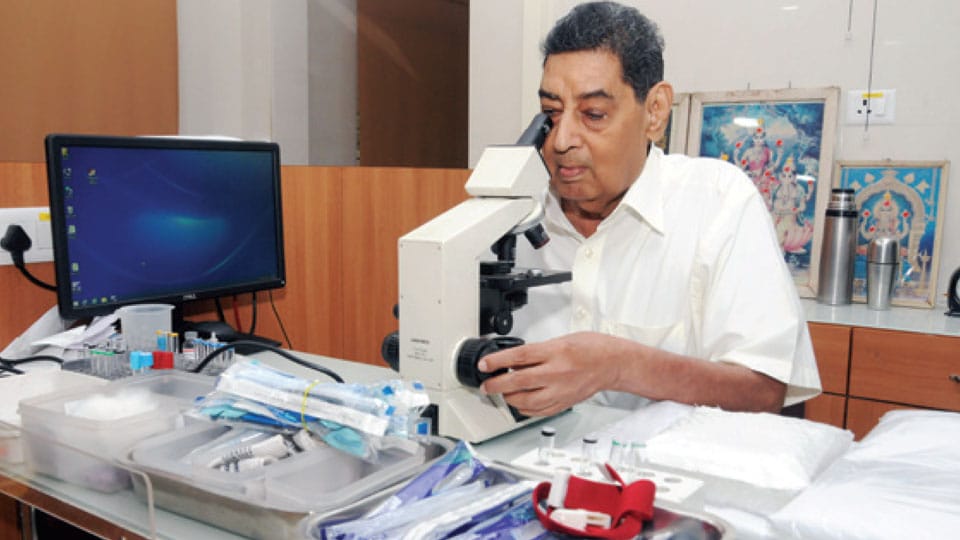 On the 31st of May 2020, Dr. N. Kannan passed into “Panchtatva.” With his sad demise ended an era of which he was an icon. What perhaps is not known is his association with the Armed Forces, especially the Air Force.

It was in the year 1962 during the Indo-China conflict that the Air Force Selection Board (AFSB) at Mysore was set up to select Officers for the Armed Forces but mainly for the Air Force to cater to the needs of the then developing security situation around obtaining in the sub-continent. This was with substantial help from the Royal Family of Mysore —- The Wadiyars.

Some years later in the year 1968, Dr. N. Kannan set up the first Pathology Lab on Dhanvanthri Road. Mysore at that stage was a small town and everybody came across everybody else. It was in these times when the Air Force, which did not have a Doctor on their strength, came across a young, energetic, vibrant and dynamic Dr. Kannan. He became the backbone of medical services for the Armed Forces in general and the Air Force in particular for all the personnel and their families.

The Kannans were well-integrated into the Air Force family and were considered an important part of the institution. They were also a part of all the social gatherings at the Air Force and Dr. Kannan was considered to be “the life of the party.” Romila Kannan was part of the Ladies Club of the Officers Mess. The younger two sons namely Dr. Laxman and Dr. Praveen have continued with the association. In fact, the three doctors are the Honorary Members of the Air Force Officer’s Mess in recognition of their long standing service to the personnel of the Armed Forces.

What will also never be forgotten is the hospitality of Dr. Kannan and Romila Kannan. The annual viewing of the Dasara procession from the old building of the Kannan Diagnostics will be fondly remembered by all Officers and their families who sat and enjoyed the spectacle at a great viewing point, away from the crowds and in the elaborate hospitality thrown in by the Kannans.

I always referred to him as “The Good Doctor.” He was. All of us who have visited the laboratory will remember him being there on his station. Always on time, always efficient in control of what was happening around him. He was untiring in his professional duties. He did not miss a day unless it was because of circumstances beyond his control. While he had slowed down a bit he never ever gave up. He was always at the action stations. He was soldierly in his professional duties.

The Air Force personnel, who have served at the AFSB, Mysore, who have had any association with Dr. Kannan, remember him fondly. He made that contact with his sincerity. One needs to learn from his dedication to the profession and his personal conduct. A man who set the bar high and maintained himself at that level.

The third generation of the Kannans are now getting to be doctors and we hope the association will continue.

The Air Officer Commanding, Air Force Selection Board, Mysore, Air Cmde. B. Sarvanan, would have a tear in his eye while laying the wreath and paying respects to this icon on behalf of the Armed Forces and the Air Force in particular.

We will always remember you Dr. Kannan. I salute you as a soldier for the selfless service you rendered to the men in uniform.