Home » Columns » Abracadabra By K. B. Ganapathy » The misery of losing and the miracle of finding ! -2 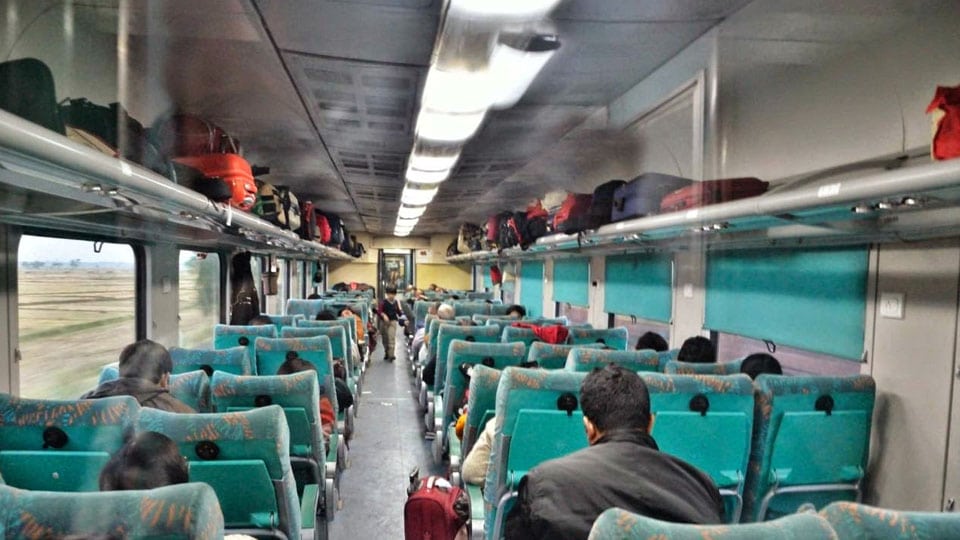 The misery of losing and the miracle of finding ! -2

Don’t worry we will get down at the next Station and contact the Railway authorities and the Police,” my wife said trying to pump hope and courage into me. My mind was blank, yet I was trying to condition it to the new pathetic situation. Worse, I could not bear to see the faces of my children — sad, downcast. A pall of gloom hung over us.

To keep our children’s spirits at a cheerful level we trivialised the incident. “Well these things keep happening everyday. Some are lucky like the old woman, some are unlucky. In a way we are lucky. At least the pick-pocket could not get the ten thousand rupees. Now it is a question of delay. Get another passport by spending some time and money. Nothing is lost. And who knows in these days of hazardous air travel it may be for our good…”

But all the while I knew only a miracle would get me the passport and that miracle was possible, if at all, only after reaching Madras.

This line of talk once again kindled hope in us and we fell silent after a while. Children got busy with their books and comics. Wife pretended to sleep and I kept looking out of the window watching the trees and electric poles rush past me.

After about half-an-hour my elder son who had taken to his mother’s original seat came to me and said that there was some commotion at the other end of the compartment, the Ticket Collector mentioning the name Ganapathy with some people and he thought it could be about the passport. My heart indeed leapt in joy. But wait. “Go and find out,” I said casually to my son without betraying my anxiety or impatience. He, for the first time in many days, obeyed his father instantaneously, went back and spoke to the Ticket Collector with whom I had quarrelled earlier refusing to pay Rs. 20 that he demanded as the amount “omitted” by the reservation clerk in Mysore towards fare while issuing the ticket.

When my son came back with the Ticket Collector holding the packet of passports, I indeed felt bad and cursed myself for my conduct with him. But mercifully there was none of the rancour in the Ticket Collector who was immensely pleased to find me, the owner of the passport. It was an unedifying experience as much as a personal experience of a miracle, first time in my life.

It was ecstasy. A case of paradise lost and paradise regained. Later my wife confided that this miracle was possible because she had prayed to her personal God Lord Venkateshwara making a secret vow of a visit and offering (bribe?) should she get the passports back. I said nothing. As for me I never ventured to do anything like that though remembered Rajneesh saying, “Keep cool, move with the current.” In fact I was feeling physically and mentally very light, like a non-being, transparent, even ethereal, probably the after-effect of the sudden tension and sweating. A kind of body-chemistry in operation. I was relaxed.

And then I had lapsed into a kind of reverie and in that blank moment, as though a refuge, a beacon light of hope, a story relating to Lord Krishna that I had read just a week back came to my mind and I was in peace with myself like the calm after the storm, to use a cliche.

Now the story. Once young Krishna was having his meal along with his foster parents Yashoda and Nandagopa. In the middle of the meal Krishna got up all of a sudden, rushed out of the house and quickly picked up a stone as his flabbergasted parents looked on at Krishna’s strange conduct. However, Krishna dropped the stone and returned to his meal. Unable to understand his behaviour, Yashoda asked him the reason. Krishna said, “I heard the cry for help from a devotee of mine who was being hit by stones by an evil person. I rushed out for his help, but as I picked up the stone I found he had helped himself by successfully challenging his tormentor. Hence I dropped the stone and returned to my meal.”

The moral is that God will come to your rescue in times of difficulties only if you are helpless and need His intervention. If you can help yourself God will all the same look upon you benignly. That was also my predicament. I was helpless and quietly left everything to God. And when I got the passport I thought my prayer (or was it my wife’s ?) had brought effective intervention of God in the manner narrated in the story. I don’t think any rationalist can rationally explain this experience. Hence I call it a ‘miracle’ in the fashion ‘X-ray’ was called !

It is but natural we wanted to know How, Where, When and Who of this great rescue operation. The passports, we were told, were found in the vestibule passage of two compartments by the Railway electrician. I was indeed lucky. All the four passports were found together intact. Even if one had slipped out our travel plan would have been abandoned. Luck? Miracle? I don’t know. But what I know is that the electrician was lucky. He was richer by Rs. 100.

Now let me go back to Jayanthi Chandrasekharan. She has given me this opportunity to remember my own experience of the similar kind at the Bengaluru Railway Station and share it with my readers. Let me thank providence for the miracle that happened in Jayanthi’s case as it happened in my case way back in 1992. Anyway, All is Well that Ends Well.