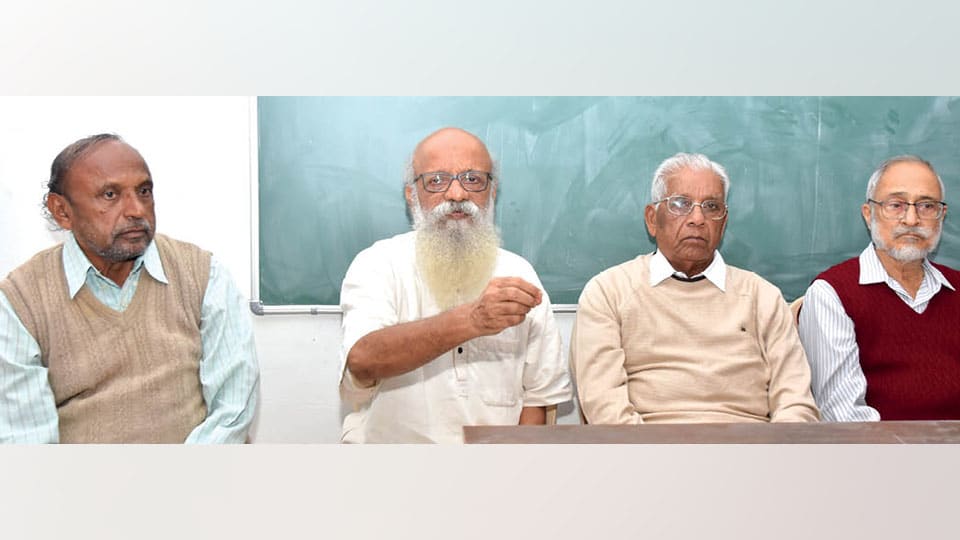 Mysuru: Theatre personality and social activist Prasanna  has said that what the country needed today is an eco-friendly, labour-intensive and job-creative economic policy as against what he termed ‘monster economy’ that was capital-intensive coupled with automation  and capitalism.

He was speaking at a lecture programme organised by Gram Seva Sangha on the concept of ‘sacred economy’ at Nrupatunga Kannada School here recently.

He noted that the current economic crisis was a fallout of the pursuit of machine-based  automated manufacturing that rendered thousands jobless and made the environment unsustainable. Making a strong plea for encouraging small and micro sectors as well as the cottage industry, he called for the revival of handloom sector. Creating jobs  and conserving the environment are the twin pillars on which the concept of ‘sacred economy’ rests, he opined.