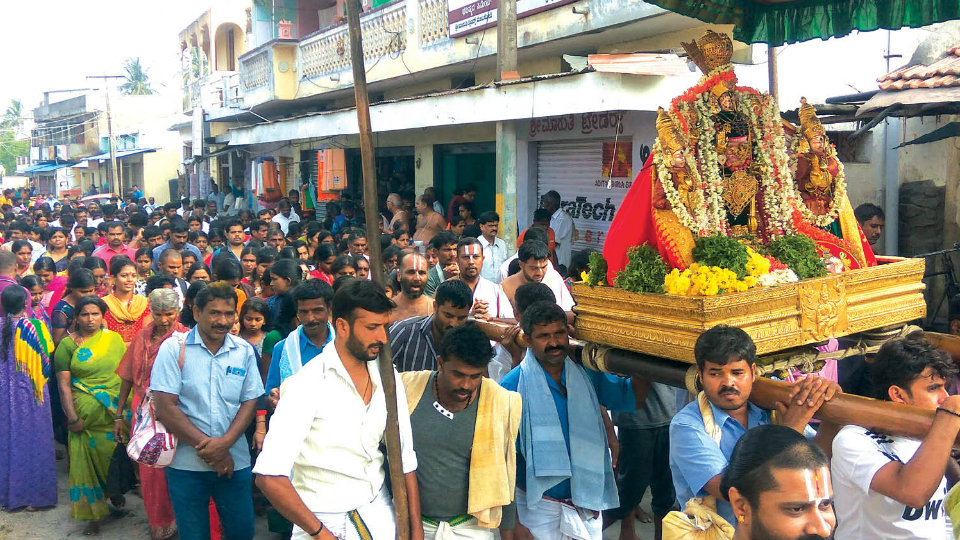 ‘Ashta Theerthotsava,’ popularly known as ‘Thottilamadu Jathre,’ is usually organised during ‘Kartika Maasa’ as part of the ‘Rajamudi Brahmotsava’ and is said to evoke divine blessings on married couples to beget a child who otherwise would have been socially cornered in society labelling them barren.

Accordingly, hundreds of couples yearning to have children walked about 26 km through hillocks carrying the ‘Padhuke of the Lord’ and had a dip in all the eight ‘Theerthas’ or water bodies clearing their vow.

The Temple opened at 6 am and daily routine puja rituals were performed by 9 am yesterday to launch the ‘Ashta Theerthotsava.’

Later the idol of the deity was adorned with the diamond studded ‘Rajamudi’ crown donated by Mysore Maharaja Raja Wadiyar and taken in a procession up to the ‘Kalyani.’ 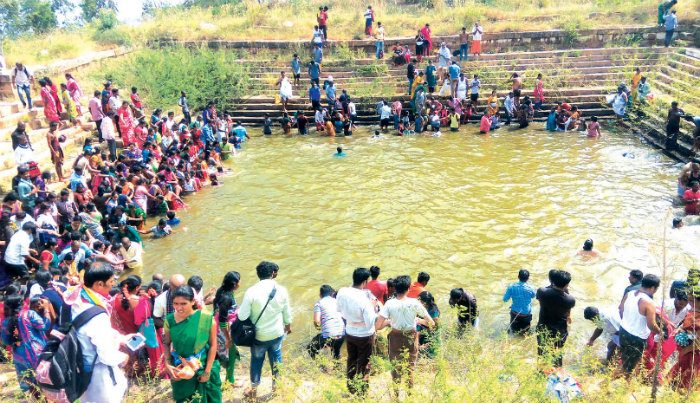 The ‘Padhuke of the Lord’ was taken to all the eight lakes and ‘Abhisheka’ was performed. Temple Executive Officer Nanjegowda and others were present.

Bee Attack: During the ‘Ashta Theerthotsava,’ a fire possibly set off by a few miscreants disturbed a beehive sending a swarm of bees, which stung a few people belonging to the Temple and surprisingly sparing the hundreds of devotees participating in the ritual, which was deemed as a miracle of God.

Unclean Surroundings: Only the road to the ‘Kalyani’ was found cleaned leaving behind the shrubs by the roadside.

The steps to the water bodies where the rituals were held was also found dirty with shrubs everywhere. With no option left, the devotees had to take a holy dip in an unclean ambience.