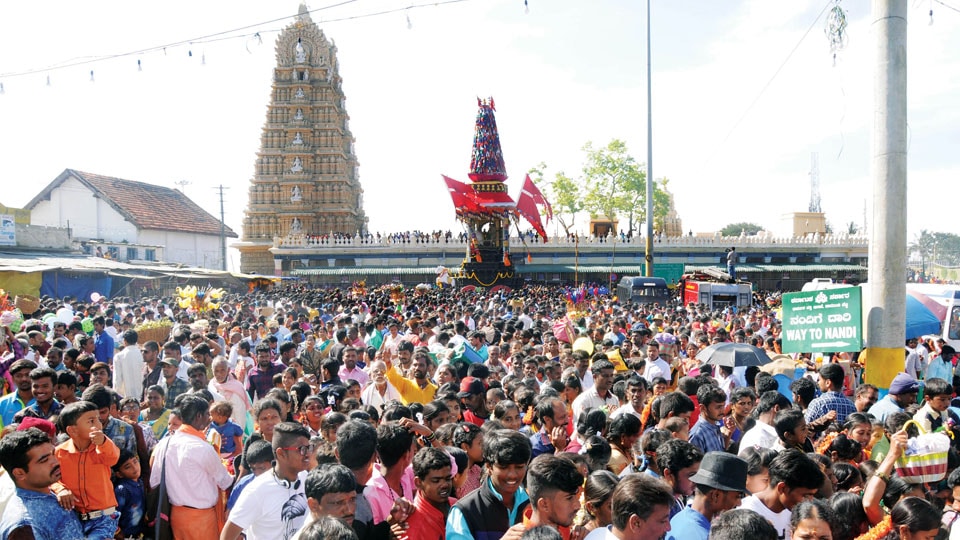 Mysuru: The Chamundi Hill was a sea of humanity this morning as thousands of devotees from across the State thronged the Hill Temple for the famous Chamundeshwari Maharathotsava (Ratharohana) held annually after Vijayadashami.

Mysore Royal Family Titular Head Yaduveer Krishnadatta Chamaraja Wadiyar launched the Rathotsava in the auspicious Vrischika Lagna between 8.10 am and 8.40 am, in the presence of District Minister G.T. Devegowda.

Prior to the launch, Yaduveer offered prayers at the Temple, following which the idol of the presiding deity (Utsava Moorti) Goddess Chamundeshwari was brought out of the Temple and taken to the adjacent Mahabaleshwara Temple, where Mantapotsava rituals were performed. Thereafter, ‘Naduchappara’ rituals were performed by a team of priests led by Chief Priest Shashishekar Dikshit, following which the presiding deity was placed in the Ratha (chariot). The Ratha was taken around the Temple, with devotees vying with each other to draw the Ratha. 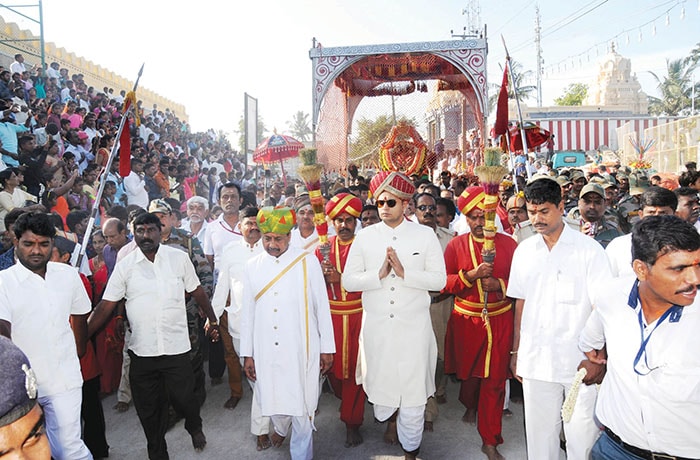 Devotees sought the blessings of the deity by showering the Ratha with dhavana, bananas and other ritualistic articles.

The magnificently decorated chariot was taken around the Temple amidst playing of music by Police Band, even as chanting of Shlokas rented the air all around. The Police had made elaborate security arrangements under the supervision of DCP (Law and Order) N. Vishnuvardhana. More than 60,000 devotees are expected to visit the Hill Shrine by the end of the day for the mega religious event. 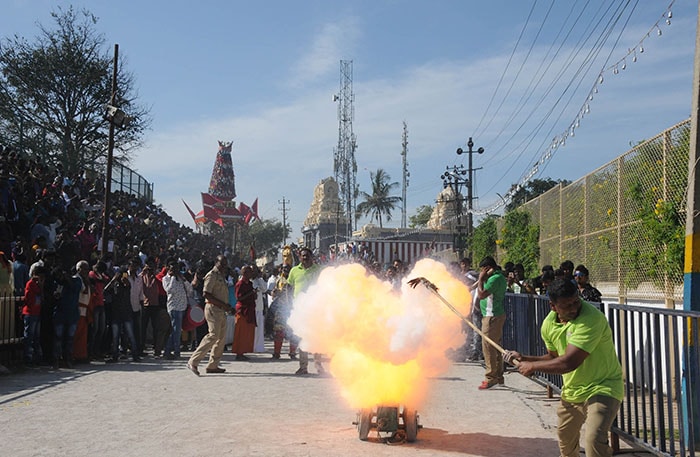 The Traffic Police had put in place all traffic regulations and parking measures to ensure smooth vehicular movement.

The District Administration worked overtime to ensure that there was no lack of civic amenities atop the Hill to cater to the needs of swarm of devotees.

The Teppotsava atop the Hill will take place at 7 pm on Thursday (Oct.25) along with associated rituals, according to Temple authorities.