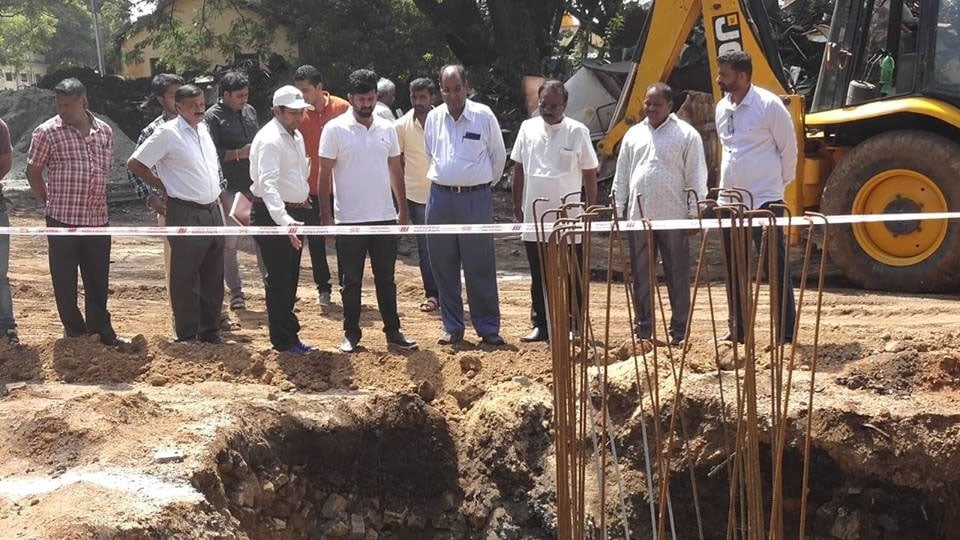 Mysuru:  Mysuru-Kodagu MP Pratap Simha inspected the modernisation and upgradation works of the workshop, other civil, mechanical and electrical works that have been taken up at a cost of Rs.35.44 crore at Central Railway Workshop (CRW) at Ashokapuram here this morning.

The Union Government had allocated Rs.35.44 crore in the 2016 Budget for improvement of physical infrastructure towards capacity augmentation of the workshop which undertakes Periodic Overhauling (POH) of railway coaches for improving the performance of Indian Railways.

POH is a process of restoring and maintaining an equipment, machine or system in a serviceable condition. Overhaul involves partial or complete disassembling of the item, detecting damages, defect or worn parts and repairing or replacing of such parts in the coaches. This process also involves reassembling, testing the coaches and trial-run prior to returning the item to its full operating level.

POH of coaches is undertaken once in 12 or 18 months depending on the kilometres clocked by the coach by CRW.

The Central Railway Workshop in city is only the second such facility in South Western Railways (SWR) after Hubballi. This augmentation will add to the workshop’s capacity to take up more coaches for POH.

At present, 70 coaches undergo POH each month and this will increase to 80 once the new facilities are in place at Ashokapuram CRW, which was established to cater to the erstwhile Mysore State Railway in 1924 and expanded in 1932.

Consequent to the Railways adopting a uni-gauge policy, the facility was converted to BG workshop and is now on its path to modernisation to service German-designed Linke Hofmann Busch (LHB) coaches as well.

CRW has commissioned other works involving construction of industrial shop, administrative and other ancillary buildings, track works, all electrification, illumination works of building, supply, procurement, commissioning of specified, mechanical machineries, electrically operated cranes in connection with POH facility in order to enhance the out-turn of the coaches including LHB from 70 to 80 per month at Mysore workshop.

Under civil works, CRW has taken up the construction of the compound wall, relocation of scrap yard, linking of Railway line and laying of track grid areas, construction of stores, offices, computer office, conference hall and other works. 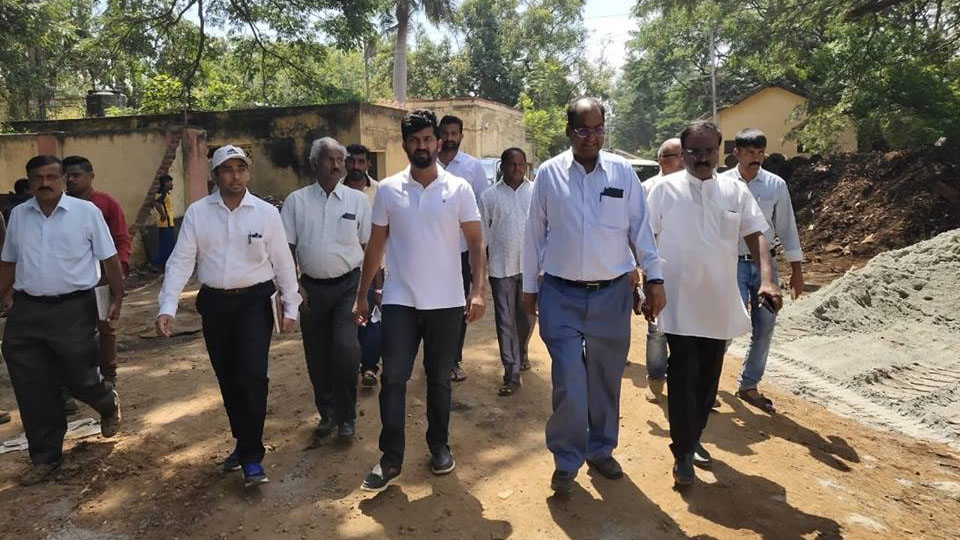 Works to be completed by June 2019

Speaking to media persons, MP Pratap Simha said that all the works that has been taken up by CRW will be completed by June 2019. Though the Union Government had sanctioned Rs. 35.44 crore for modernisation works long back, the CRW had begun the works just three months back. The launching of works were not inaugurated officially as the model code of conduct was in force, he added.

Parliamentary Standing Committee of Railways had made a strong plea for its modernisation in view of the growing importance of Railways in the economic growth and development in future, the MP said.

He said the CRW is also equipped with 500 KV Solar PV Roof Top at CRW in  Ashokapuram. It generates about 50,000 mega watts units of power every year and CRW purchases other 35,000 mega watt of power from CESC every year to meet its energy demands.

Stating that about 1,600 employees were working at CRW at present, he said the Railways plans to recruit another 300 employees shortly for this workshop.