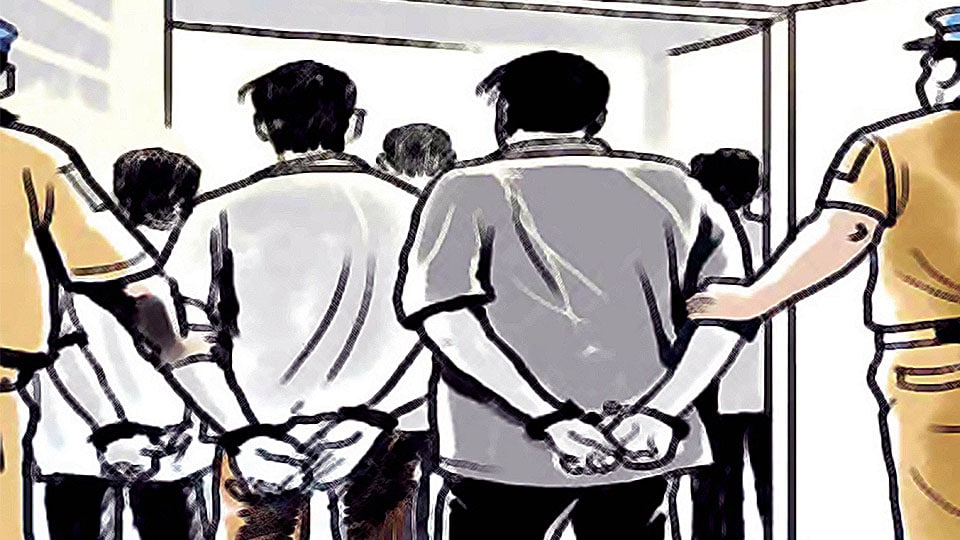 Mysuru:  City Crime Branch (CCB) Police have arrested three persons on charges of running the banned ‘Matka’ racket and have seized Rs. 35,000 cash and three mobile phones from them.

Acting on a tip-off that some persons were running matka gambling racket in an open space, next to a petrol bunk on Mahadevapura Road in Udayagiri Police limits on Oct. 31, the CCB Police raided the spot and arrested three persons besides seizing cash, mobile phones and account slips from them. One person managed to escape when the Police raided the spot.

A case has been registered at Udayagiri Police Station.

Matka is a simple lottery-style gambling (now banned and illegal) which involves guessing two random numbers between 1-9. One can win high amount according to the stakes by correctly guessing the right sequence of numbers.

The CCB Police on Nov. 2 have arrested one person on charges on indulging in cricket betting through a fake app and have seized Rs. 6,075 cash and one mobile phone from him.

Acting on a tip off, the CCB Police raided a sports club at Maharaja Complex, opposite to Sub-Urban Bus Stand and arrested the accused who was indulged in betting. A case has been registered at Nazarbad Police Station.