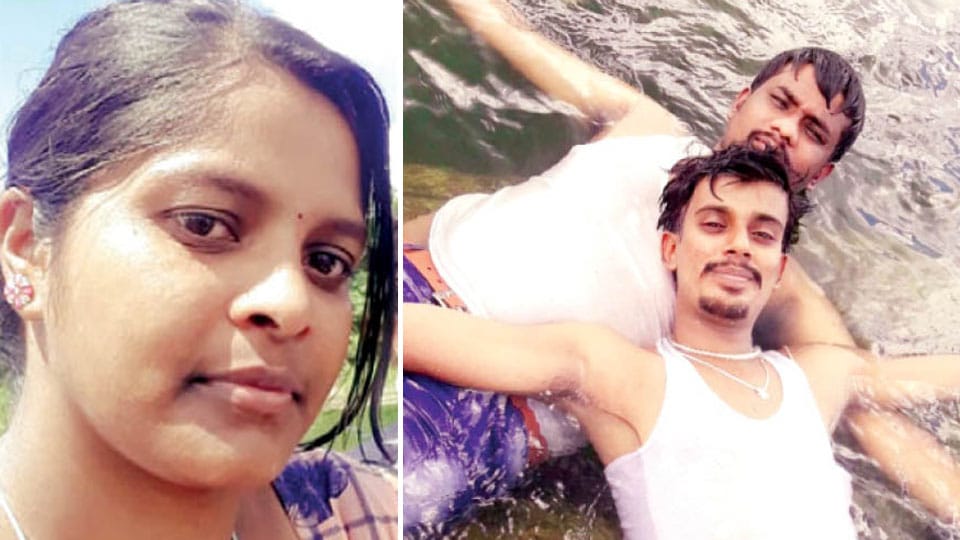 Kollegal: Three persons including a woman, who were part of six persons from Bengaluru, who had come on a trip, met their watery grave near Shivanasamudra yesterday.

The deceased are Manoj Kumar (23) of Sunkadakatte in Bengaluru, Lokesh (21) of Kothegala village in Ramanagaram district and Veena (23) of Thippanayakanahalli village in Kunigal taluk. They were all colleagues working in a private firm in Bengaluru.

The deceased along with three other colleagues identified as Sindhu of Govindarajanagar, Leela of Annapoorneshwarinagar and Raghavendra, all from Bengaluru, had come to Shivanasamudra on a trip in three bikes.

It is learnt that all the six from Bengaluru went to play in the river near Wesley Bridge as there was less water at the sides. But they went a little further and Veena sat of a rock in the middle of the river during which she slipped and fell into the river. Manoj and Lokesh, who were nearby, rushed to her rescue but all the three were drowned, according to Police sources.

Though their friends shouted for help, their voices could not be heard as they were far from others and by the time others came for help the three were drowned.

Police said that as there was little water in the river near Wesley Bridge, more tourists had ventured into the water as it was not deep at this spot. But the six of them went a bit further from the bridge and sat on the rocks there and were playing in the water. None of them knew swimming, the Police added.