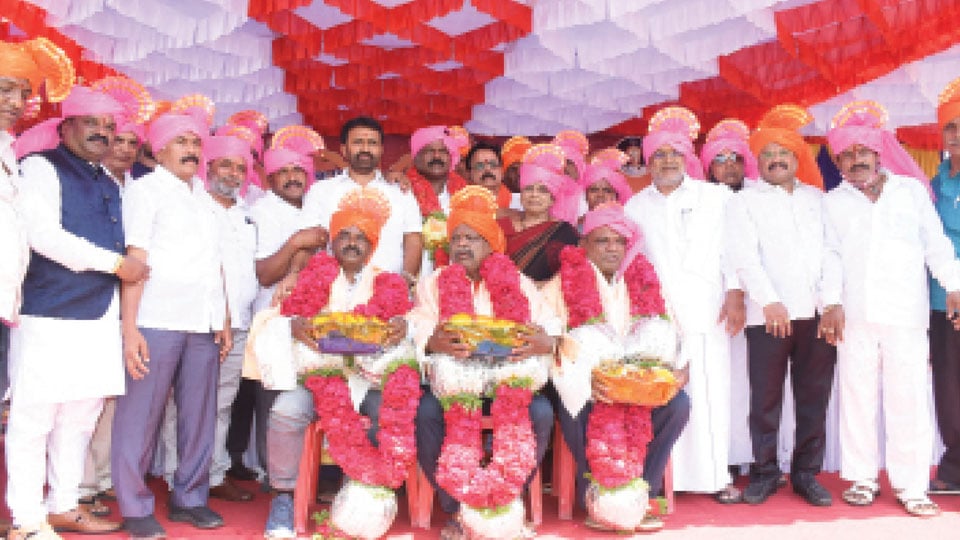 Speaking on the occasion, Nagendra said that wrestling had its glorious moments during the times of Sahukar Channaiah. Noting that it is important to bring the wrestling glory back to the city, he said that Sahukar Channaiah Wrestling Arena had hosted many State-level and National-level  wrestling tournaments.

Maintaining that it is a good sign for wrestlers that three associations have been formed, he said that these associations must strive for attracting youths from all sections of the society which will greatly help in stopping the youths from taking to wayward ways and addiction to bad habits. He wished the associations all success in their future endeavours.

The inauguration was marked by Matti Puja and several friendly wrestling bouts involving young pairs and adult pairs. The bouts were of three minutes duration for young wrestlers and five to ten minutes for adult wrestlers.

Rajyotsava awardee and senior wrestler from Mandya district Pailwan Mukunda, Pailwan Tiger Balaji, a senior wrestler from Bhutappa Garadi of the city and M.N. Lakshminarayana Yadav (senior photo-journalist  of Star of Mysore and Mysuru Mithra), who was a wrestler in his younger days, were felicitated on the occasion.

Dheeraj Sathvik and Kausthub (6 years) wrestled for three minutes duration displaying their wrestling skills which caught the eyes of all. The duration for adult wrestling bouts was five to ten minutes.

Traditional wrestling bouts involving more than 15 pairs were held on the occasion.