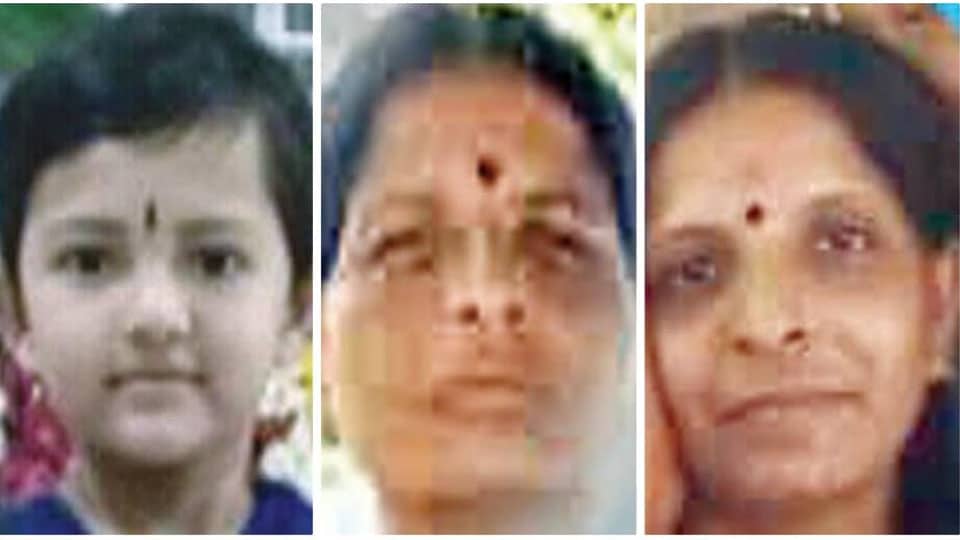 Three of a family killed as scooter falls into canal

Mandya:  Even as the mishap in which 30 people lost their lives when a private bus plunged into Varuna Canal at Kanaganamaradi in Pandavapura taluk on Nov.24 is still afresh in the minds of the people, three persons of a family, were killed when the scooter they were travelling, fell into a canal near Lokasara in Mandya taluk late on Sunday evening.

The deceased have been identified as Nagamma (55), her daughter Ambika (33) and granddaughter Manyata (6), residents of Lokasara.

Ambika had performed house-warming ceremony of her newly built house only on Friday and the three went to a nearby temple on Sunday to perform puja.

After performing the puja, Nagamma, Ambika and Manyata were returning to their home on the scooter, when the two-wheeler went out of control and plunged into Varuna Canal. As a result, all the three drowned.

The villagers, who rushed to their rescue, pulled out Ambika and Nagamma from the water in an unconscious state and rushed them to MIMS Hospital, where they died minutes later. However, 6-year-old Manyata was washed away in the flowing water and her body was found near Sabbanahalli, it is learnt.

Mandya Rural Police have registered a case in this regard.