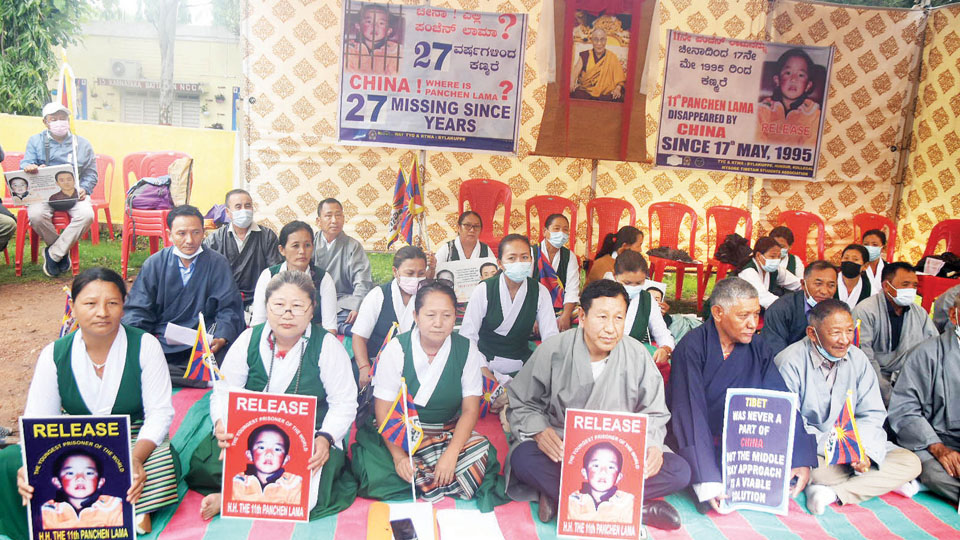 Mysore/Mysuru: Urging for the release of 11th Panchen Lama, who is in Chinese custody, Tibetans staged a protest near the Office of the Deputy Commissioner in city yesterday.

11th Panchen Lama Gedhun Choekyi Nyima is the second most important spiritual leader of Tibetans, who was held captive by the Chinese authorities many years ago.

Gedhun Choekyi Nyima was abducted by the Chinese Government in 1995 when he was six years old, days after he was recognised as the 11th Panchen Lama, the second-highest position in Tibetan Buddhism, by the Dalai Lama. His whereabouts have remained unknown since then while the Chinese Government nominated its own 11th Panchen Lama, Gyaltsen Norbu. There have been repeated appeals from the international community and Tibetans but nobody has been allowed to contact him or his family.

Urging for his release, the Tibetans submitted a memorandum urging the memorandum be directed to the Prime Minister.