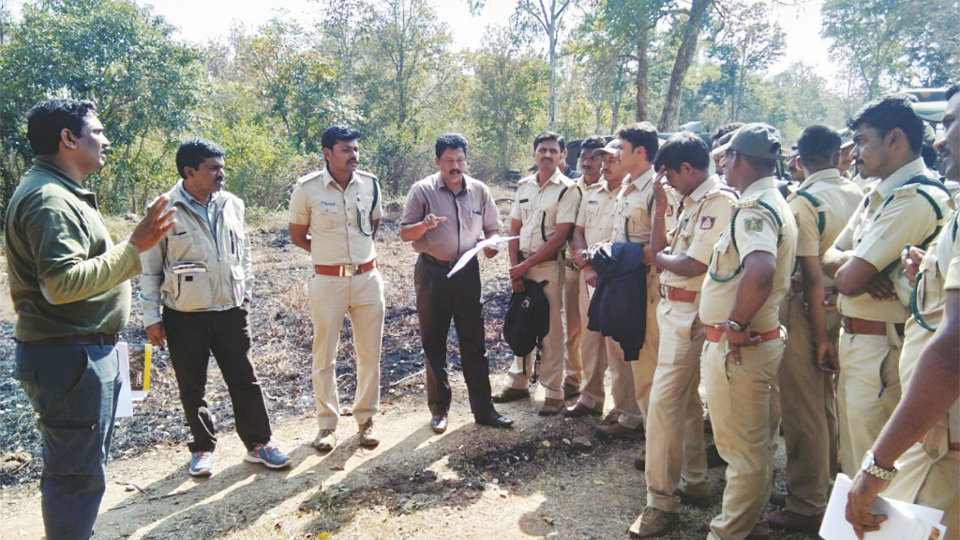 Hunsur: The personnel of Nagarahole National Park and the Bandipur Tiger Reserve have made all preparations to conduct Tiger Census-2018. The census will be held from Jan. 7 to 13 at Nagarahole and  Bandipur and from Jan. 22 to 27 (the date might extend till Feb. 3) in territorial forest divisions.

The census includes study of forest animals, their natural habitat, conditions, number of herbivores and carnivores animals and their balance, their protection and the park’s condition.

Eight beat teams have been formed in eight ranges of the Nagarahole National Park. Each team consists of four people including a guard. The census has already begun in the 2 km line-transact survey and the information will be recorded in the designated pattern. 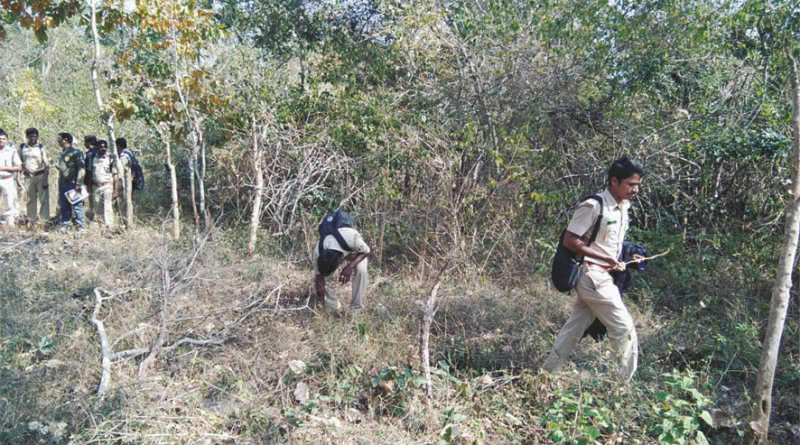 This time, the census will go hi-tech with the help of an Android mobile application. The Wildlife Institute of India (WII) developed the app, called the Monitoring System for Tiger-Intensive Protection and Ecological Status or M-STrIPES.

The movements, droppings, pug marks of carnivore animals like tigers, leopards and others will be recorded. Similarly, footprints, droppings of herbivores like elephants, bison, deer, sambar, rabbits, wild boar and wild goat will be studied using the guidelines and identifying them through line-transact survey. Along with this, the census will include whether there is any effect on domestic animals living in villages adjoining the forests.

The line-transact survey that was used earlier during elephant census is once again being used. The census includes two days for preparations, three days for carnivores and another three days for herbivores and the fauna of the forest.

The Nagarahole National Park has an area of 644.3 square kilometres and has eight ranges. Since there is a presence of many tigers in such a short area, it has gained a lot importance. All preparations have been done for the tiger census including the training of the personnel, ACF Prasanna Kumar told Star of Mysore.