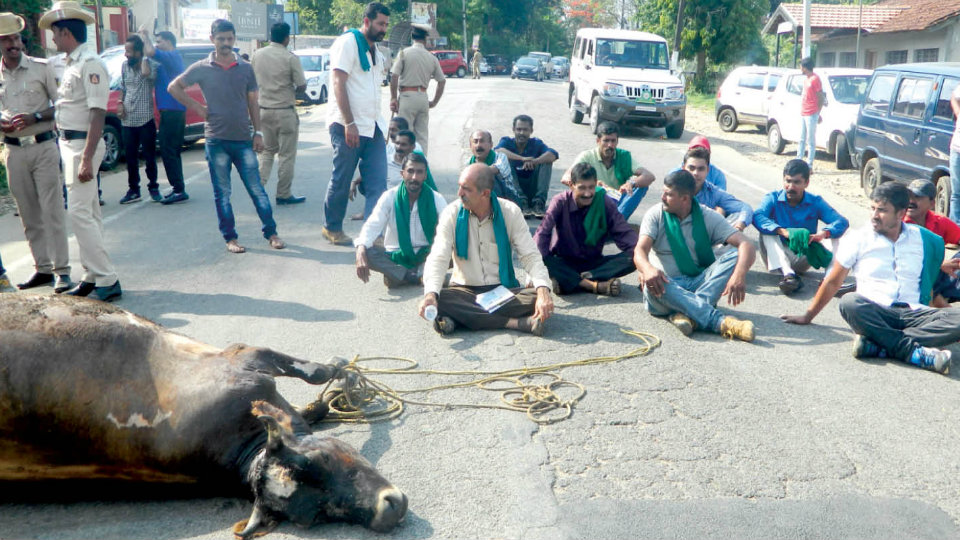 Gonicoppa: A cow was killed in a tiger attack at Mallangere near Kanur in Virajpet taluk on Thursday, causing a scare among the villages.

After the incident, angry villagers of Kanur under the banner of Karnataka Rajya Raitha Sangha (KRRS) staged a demonstration in front of the Forest Department Office at Ponnampet urging the Department to provide compensation to the cow owner Nanjappa (Eshwar).

The farmers who brought the cow’s carcass to the protest site, claimed that Rs. 10,000 compensation was announced by the Forest Department based on the Veterinarian’s assessment of the value of the killed cow was less and demanded more.

They urged the Forest Department authorities to take immediate measures to prevent wild animals from straying into fields and human habitats.