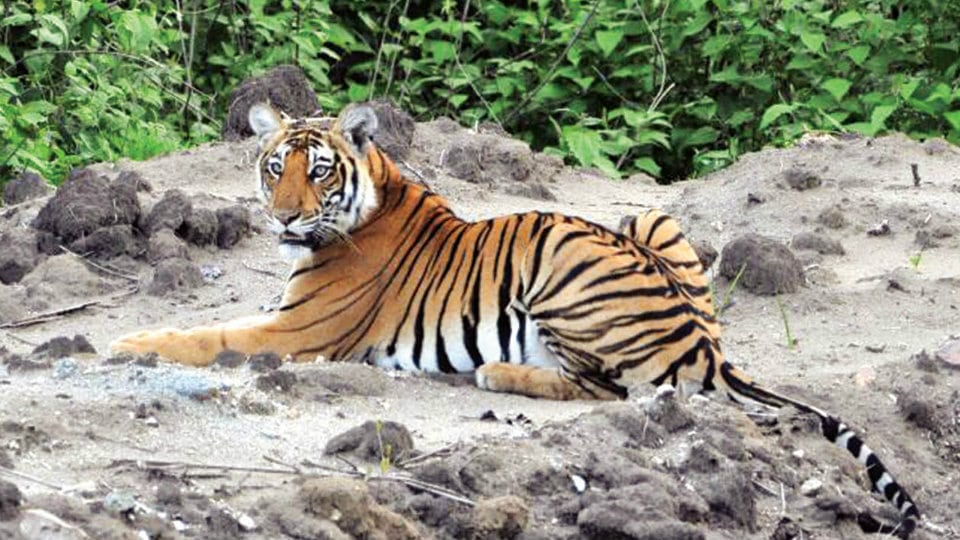 Mysuru: Six tigers were sighted at the Bandipur Tiger Reserve on the third day of the State-wide tiger census yesterday. Today morning, one striped big cat was sighted near the Tiger Tank.

The carnivore and mega herbivore sign survey taken up as part of All-India Tiger Estimation 2018 saw a surge in both carnivore and herbivore sightings in Bandipur. A Line Transect Survey will be held today and tomorrow. This entails sampling of the vegetation, human disturbance and pellet count along the transect lines.

The carnivore sign survey in Bandipur Tiger Reserve yesterday resulted in sightings of six tigers — two in Kundkere Range and one each in Bandipur, Maddur, Maleyur and N. Begur ranges. Two leopards were sighted — one each in the Moolehole and Maleyur range while three dogs were sighted at Gundre ranges.

The herbivore sign survey also resulted in the sighting of 52 elephants — 17 in Gundre, 12 in Maddur, nine in Kundkere range, seven in Himavad Gopalaswamy Betta, two each in Moolehole and Omkar range, and three in Maleyur range. 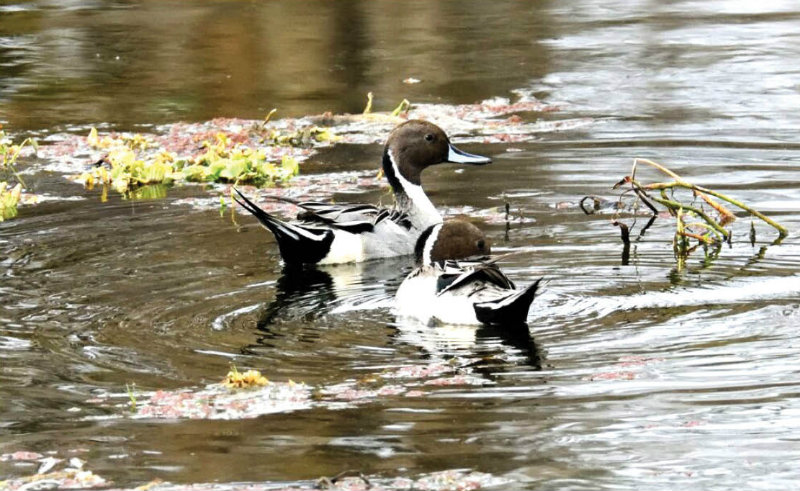 These sightings are only a broad indicator of the carnivore and prey density in a given area. The actual tiger figures will be arrived at after collecting all the data and subjecting it to vigorous analysis through statistical methods.

Besides, pug marks and excreta of the wild cats were found in abundance. These data will be studied in tandem with the images captured on the camera-traps that will be set up in a grid of 2×2 sq km across national parks and tiger reserves.

The camera-trapping exercise will be taken up after the completion of field survey in tiger reserves and national parks (on Jan. 13) and in the territorial forest divisions (on Jan. 27).