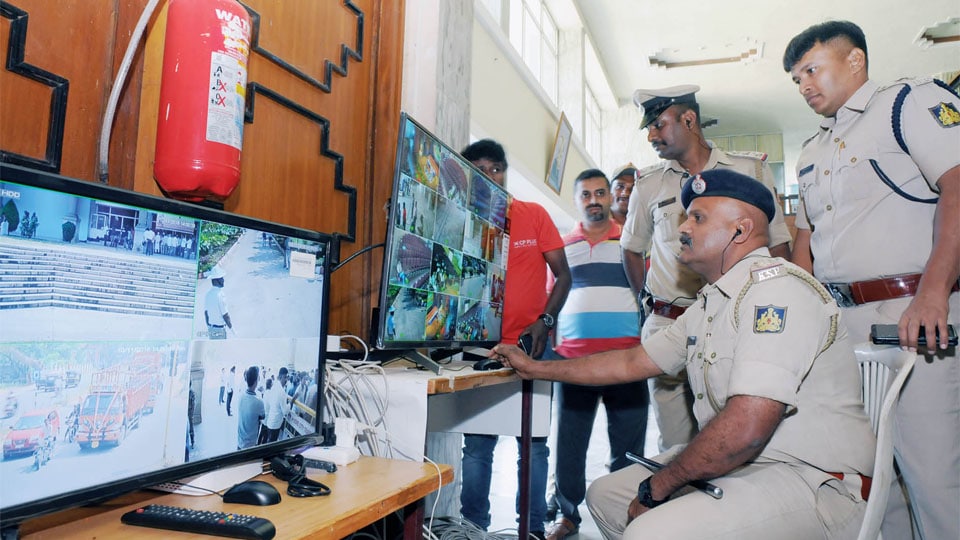 Mysuru: The official Tipu Jayanti celebrations, organised by the District Administration at Kalamandira this morning, resembled a Police event with more khaki around than the number of public. Hundreds of Policemen dotted the venue and the roads leading to Kalamandira were dominated by security vehicles.

Not to take any chances during the celebrations, the city Police had geared up its security apparatus with various teams keeping a hawk’s eye on every movement — be it vehicles or the people.

Inside Kalamandira, 19 CCTV cameras were installed to keep an eye on mischief-mongers and there was only one entry point to the venue. Visuals of CCTVs were monitored at an exclusive centre set up at Kalamandira premises.

At the entrance, two metal detectors were installed and all the visitors were frisked before entry. The Hi-tech Mobile Automated Command Centre vehicle has been stationed outside Kalamandira to respond to any emergencies. The vehicle itself has 19 cameras including four around the mobile unit, four jacket cameras and a drone camera. 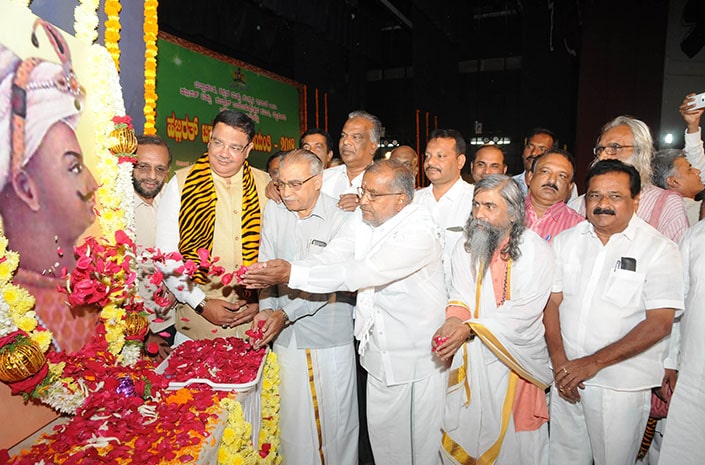 Speaking to reporters, he said that earlier, Tipu Jayanti was a community event and Siddharamaiah, as the CM, made it a State celebration. “Kumaraswamy and Dr. Parameshwara staying away from the event has upset the minority community. Looks like they have bowed to pressure from someone and have skipped the event and even the Jayanti is being held for the heck of being celebrated,” he rued.

“Though the CM has said that he is taking rest as per the directions of his doctor, the general feeling that the community members are getting that he (CM) has stayed away from the event,” the former Minister said.

“The community members are upset that their icon (Tipu) is being treated like this. This is unfair. The government cannot be partial to some communities and hostile to others. All that we are asking for a chance to celebrate Jayanti of Tipu Sultan like all other Jayantis that is celebrated in a peaceful manner,” he said. 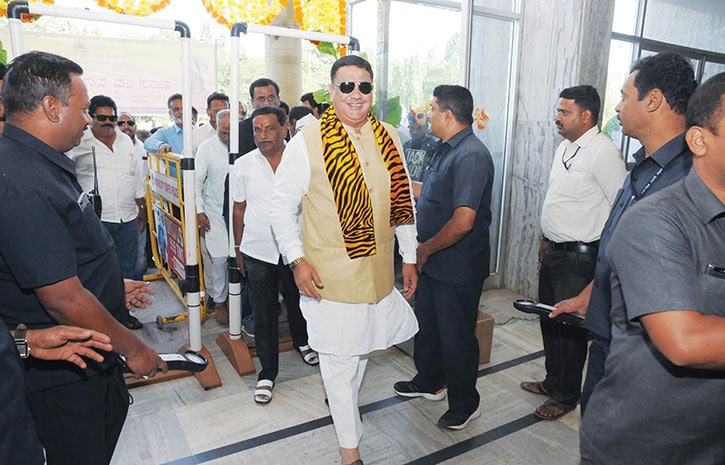 GTD DEFENDS KUMARASWAMY: Moments after Tanveer Sait vented his anger against Kumaraswamy, District Minister G.T. Devegowda (GTD) arrived at the venue and said that the government was not under pressure from anyone. “We have decided to celebrate Tipu Jayanti and here we are. The security is to prevent anti-social elements from creating trouble,” he said.

On CM Kumaraswamy’s conspicuous absence at the official Tipu Jayanti in Bengaluru, he said that the doctors had advised him (CM) bed rest. “After hectic campaigning in the recent by-elections, the CM needed rest and he has not intentionally avoided the celebrations. Kumaraswamy is a person who will never stick on to power for somebody’s obligations. He needs rest and that’s about it,” the Minister said.