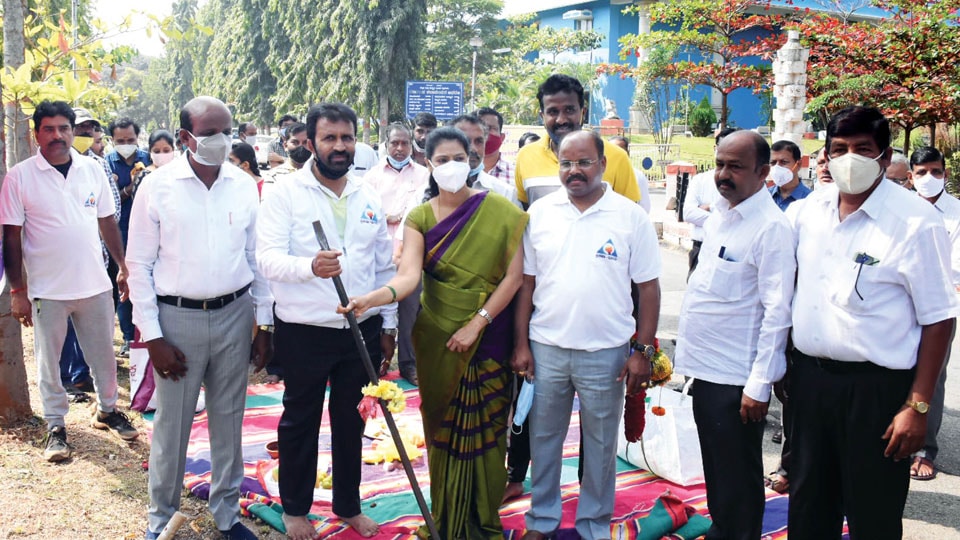 Speaking on the occasion, Nagendra said that Kalamandira was established in 1984 and since then it has undergone several changes. Now, developmental works are being undertaken in the premises which include construction of an Arch Gate, electrical works in Kalamandira and Kirurangamandira, inter-locking tiles at two-wheeler vehicle parking lot, erection of a new name board etc., which is taken up at a cost of Rs.10 lakh provided by him under the Legsilators’ Area Development Fund. He further said that following an appeal from Rangayana Director, he has also released Rs.5 lakh for Rangayana development.

Weekend curfew may be relaxed

Replying to a question on whether the Government would consider lifting of weekend curfew in the wake of demands from several quarters, Nagendra said that the Government had introduced week-end curfew solely with an intention of breaking the COVID chain link.

Pointing out that owing to demand from various trade and commercial bodies and as well from members of the public, the Government is likely to re-consider weekend curfew, Nagendra said that even experts have opined that curfew may be relaxed.

As such, there are hopes that the Government may withdraw weekend curfew and a decision to this effect is likely to be announced on Friday, he added.

MLA Nagendra and other dignitaries offered floral tributes to a portrait of Vemana marking the occasion.