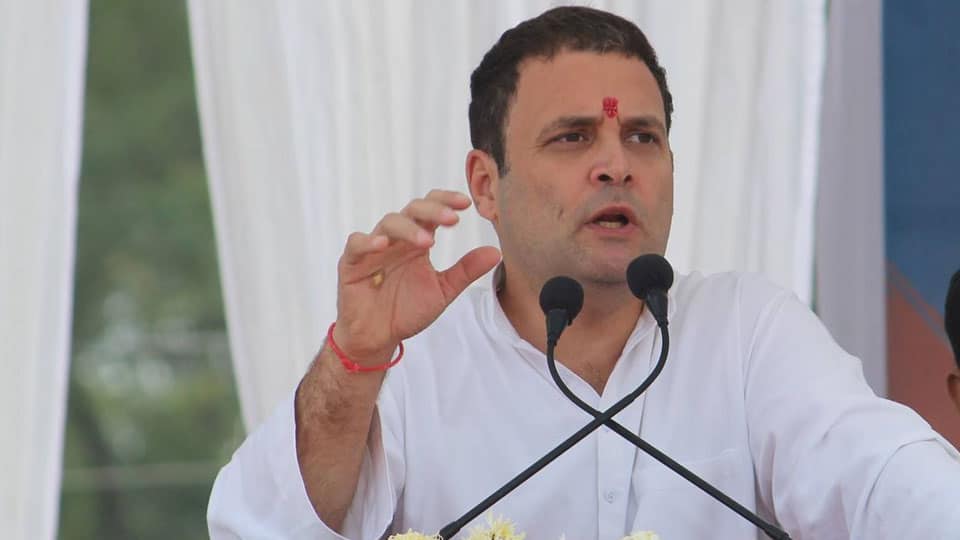 Mysuru: Brace up for two more bandhs in the next 20 days. While pro-Kannada activists have called for a Bengaluru bandh on Feb.4, the day of Prime Minister Narendra Modi’s visit to Bengaluru, the BJP, in a retaliatory move, will call a bandh on Feb.10 when Congress President Rahul Gandhi is scheduled to visit Karnataka.

Pro-Kannada activists called for Karnataka Bandh today (Jan.25) demanding Mahadayi water to Karnataka and they have called Bengaluru bandh on Feb.4 on the day of PM Modi’s visit to Bengaluru. The activists want to protest PM’s silence on the long-standing water dispute with Goa that is ruled by the BJP.

The BJP, however, has termed both the bandhs (on Jan.25 and Feb.4) as “politically motivated.” It has alleged that the Government has instigated the Kannada activists to pick Jan.25 and Feb.4 as the dates for the bandh when BJP President Shah and PM Modi are expected to visit the poll-bound State to take part in ‘Nava Karnataka Parivartana Yatra,’ organised by the State unit.

“We have decided that when Rahul Gandhi comes to Karnataka, we will call for a complete bandh in all those districts he will be visiting,” BJP State President B.S. Yeddyurappa said.

Speaking to reporters in Madikeri yesterday, he said the intention was to seek a clarification from Rahul Gandhi about his stand on releasing Mahadayi river water to Karnataka.

“The Congress has instigated various organisations to call for bandh on Jan.25 and Feb.4 so as to coincide with Amit Shah and Modi’s Karnataka visit. We will show Siddharamaiah who is playing politics. We will tell him that we also know how to play politics as a national party,” he added.

Rahul Gandhi will kick-start his Karnataka campaign for the upcoming Assembly polls on Feb.10. During his three-day visit, the first after being made All India Congress Committee Chief, he will address a mega conference and conduct a road show.

Stating that party workers are being informed about the bandh, Yeddyurappa said BJP was not calling for a State-wide bandh, but for a bandh in those districts on the day Rahul Gandhi would visit them.