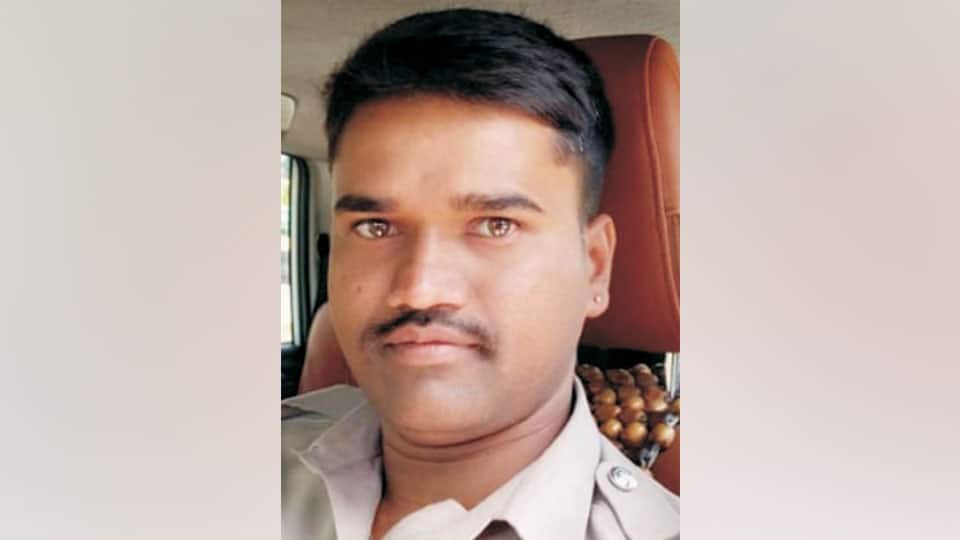 Mahesh, who was serving at Nanjangud, came to the town yesterday and attended a party late in the evening.

Mahesh, who is said to have consumed excessive alcohol at the party, had beeda at a shop close to the bus stand at about 11 pm.

But movements later, Mahesh collapsed and lied unconscious, when his friends rushed him to Hunsur General Hospital, where the doctors declared him dead, it is learnt.

Mahesh is said to have died possibly of a heart attack. Hunsur Police have registered a case.