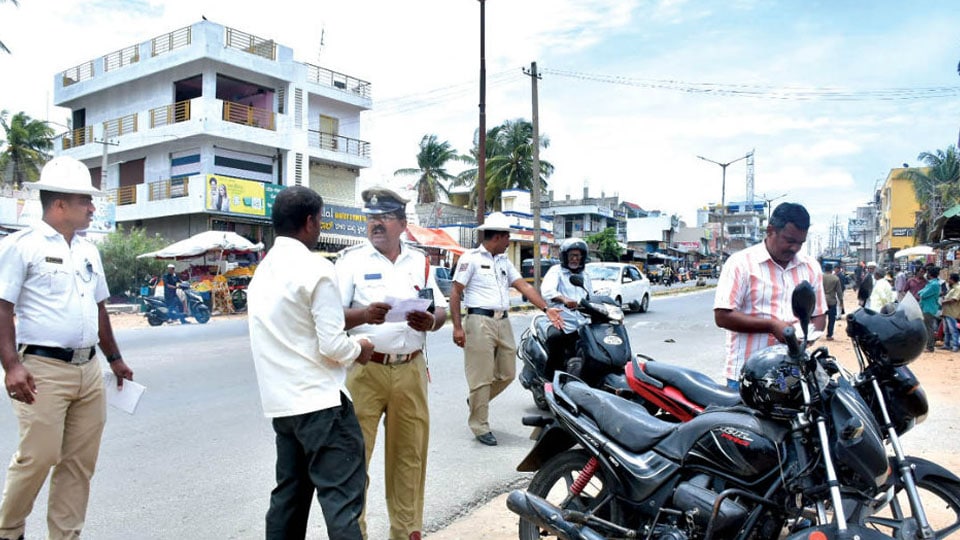 Traffic indiscipline by riders on the rise in city

This is with regard to the letter by N. Bhaskar in SOM dated Mar.7 titled “Two-wheeler riding: Indiscipline and lawlessness on city roads” which is very true and really at peak in some areas. It is very sad to see the disrespect shown to the Police and traffic laws in this city. Triple riding and helmetless riding are common even in front of Traffic Police apart from violating traffic signal rules. Most people follow the rules only if Traffic cops are there at the signals.

Catching the traffic offenders can be done by installing CCTV cameras in every nook and corner of the roads. Monitoring can be done by the Police, sitting at their offices instead of chasing them on the roads which sometimes leads to problems to the riders and pedestrians who really follow the rules.

It is not a costly affair as the installing charges can be recovered from the traffic offenders by sending notices for collection of fines. Whenever we visit foreign countries we will judge the culture and discipline of the people of that country by seeing the traffic system and how they follow the traffic rules in that country. Mysuru is an important tourist place frequented by foreigners. It is not a good sign for the reputation of our country if they get the opinion that the law enforcing agencies are not strict and effective.

Will the authorities concerned look into this and take action in the coming days?

Voice of The Reader
Disruption in water supply
Containing the contagion