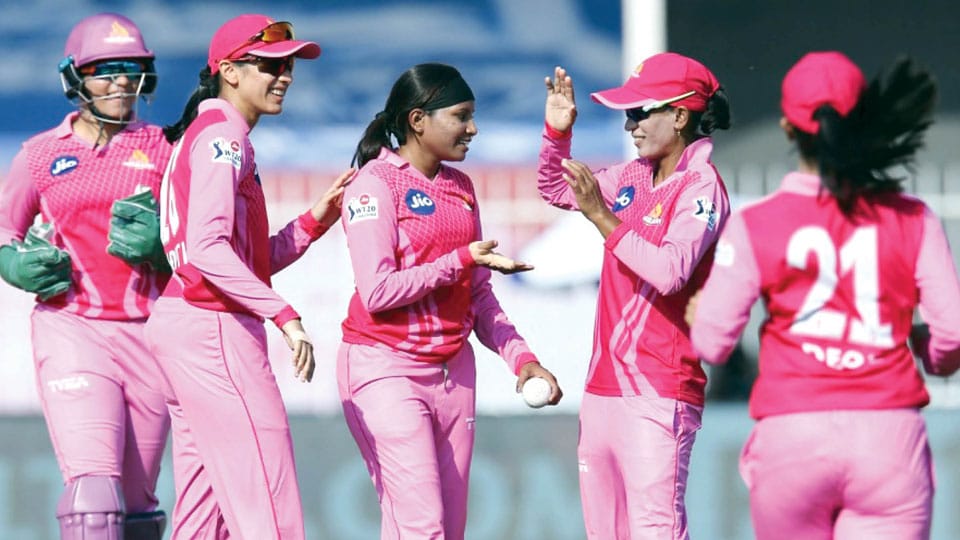 Sophie Ecclestone, Jhulan Goswami and Rajeshwari Gayakwad shared the spoils as Trailblazers beat Velocity in the second match of the Women’s T20 Challenge in Sharjah on Thursday.

Velocity, who were coming into this match on the back of their five-wicket win against Supernovas, elected to bat against Trailblazers. Trailblazers came all out all guns blazing as Jhulan Goswami and Sophie Ecclestone ran through Velocity’s batting order, reducing them to 22/5 at the end of the powerplay.

Goswami set the ball rolling for Trailblazer as she disturbed the timber to dismiss Shafali Verma in the third over. Ecclestone then scalped two big wickets in the fourth over, as she got Mithali Raj and Veda Krishnamurthy on successive deliveries.

Goswami picked her second wicket in the match in her next over after Smriti Mandhana completed an easy catch at mid-off to get Danielle Wyatt out for 3.

While Shikha Pandey hit a couple of fours, she was run-out in the 12th over. Ecclestone then closed out Velocity’s innings as she picked her fourth wicket, helping her side bowl out Velocity for 47.

In the chase, Trailblazer lost Mandhana as Leigh Kasperek struck in the fourth over.

However, Deandra Dotting, who scored 29* off 28, and Richa Ghosh, who remained not out on 13, put up an unbroken 37-run stand to take the team home.

Trailblazers Velocity Women’s T20 Challenge
The Unknown side of Sir Mirza Ismail: His Lineage and Legacy
SRH eliminates RCB to take on DC in Qualifier-2