Home » Columns » The Unknown side of Sir Mirza Ismail: His Lineage and Legacy 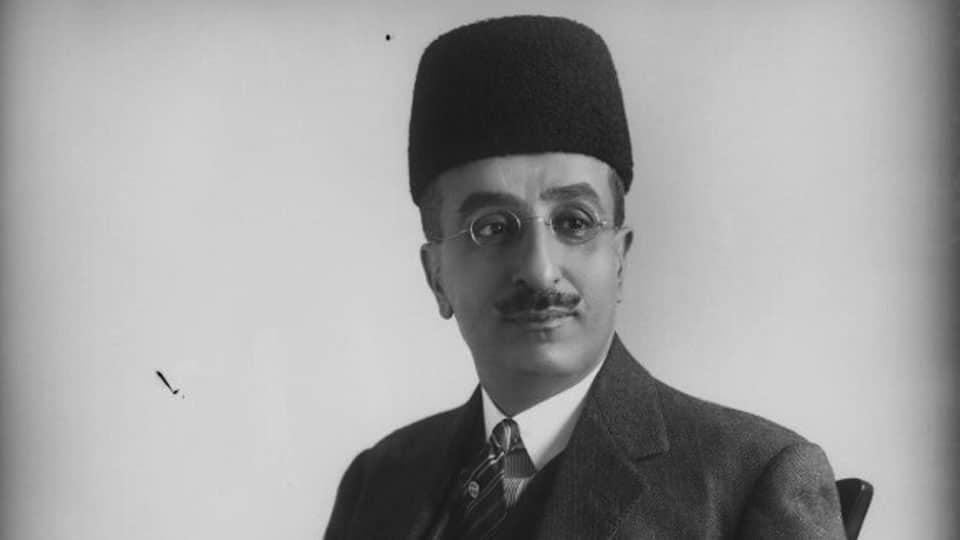 The Unknown side of Sir Mirza Ismail: His Lineage and Legacy

October 24th was the 137th birth anniversary of Sir Mirza Ismail, one of the Dewans of the erstwhile Mysore State who later went on to become the Dewan of the Princely States of Jaipur and Hyderabad too. To mark this event, the Anjuman-E-Hadiqatul Adab, Mysuru, conducted a webinar that was well-received by the large number of viewers who logged in. I can say with some confidence that the Anjuman requires no introduction to most Mysureans because it is well-known for the annual Eid Milan get-together which it has been hosting over the past fifteen years to promote communal harmony and camaraderie among people of different faiths.

This event is as old as my column is because it is with my report of the first Eid Milan, which I filed for Star of Mysore, that my column was born! However, this year’s Eid Milan unfortunately could not be conducted because COVID-19 wiped out all celebrations from the entire face of this earth. Let’s all hope that things will change for the better before it is time to hold the Eid Milan next year.

Niranjan Nikam, the well-known senior journalist, who again does not need any introduction to most Mysureans, was the principal speaker at the webinar. He spoke on ‘The Unknown side of Sir Mirza Ismail,’ a topic which I suggested because I felt that by being slightly unusual, it would certainly be a crowd-puller! And Niranjan rose up to the expectations of his large virtual audience admirably well. Through some very painstakingly collected and well-curated references, Niranjan brought out many very interesting anecdotes from the life of Sir Mirza which were very noteworthy because I don’t think they are known to present day Mysureans.

Although it is understandable and expected too, that any speaker worth his salt will come well-informed and well-prepared for his talk, it quickly became evident to me that Niranjan was privy to much inside information which left me more than a little amazed. Take for instance the revelation that upon his death, the body of Sir Mirza that had already been interred was once again exhumed when there was a hue and cry from many grieving members of the public that they did not get a chance to see it and pay their last respects to their dear leader.

The body was once again displayed on a platform of sand for many more hours till late in the night and till all the people assembled there were satisfied that they had paid their homage to the man before it was interred into the grave once again. I have never heard of anything like this having happened, anywhere in the world in connection with the death of any public figure. DVG, the well-known Kannada writer, in his account about Sir Mirza has said that among the mourners was a frail old lady who was weeping bitterly saying that Sir Mirza, once while on his morning rounds, in response to her humble plea summoned one of the municipal engineers and ordered him to immediately provide a water tap to the street she lived in!

R.K. Narayan, the famous writer says in his autobiography, ‘My Days’ on page 138 that when his writing was not very paying, with him having got just 40 pounds for his book ‘The Dark Room’, it was Sir Mirza who got him a free railway pass and a government grant and commissioned him to write his book on Mysore, which Narayan was keen on writing. As Niranjan’s talk progressed, the pieces of a most interesting jigsaw puzzle began to fall in place one by one. Niranjan revealed that his wife Pamela and he were associated for over ten months with the production of a book on Agha Aly Asker, the paternal grandfather of Sir Mirza, written by Sir Mirza’s very charming and graceful nephew Maj. Mohammed Mirza’s wife Syeda Mirza who stays in Bengaluru. The book which the speaker had brought with him, says that Sir Mirza who shared a very close working association and more significantly a very intimate friendship with the then Maharaja of Mysore, Sri Nalwadi Krishnaraja Wadiyar, would not have been a part of the history and growth of Mysore if his very enterprising grandfather, Agha Aly Asker, as a sixteen-year-old lad had not overheard a conversation between two people who were sipping tea in a chaikhana at his hometown, Shiraz in Iran. Learning that there was a great demand for Arab horses in the court of the Maharaja of a distant kingdom called Mysore, he decided to try his luck in selling them where they were in demand. So, he wasted no time in buying two hundred fine steeds and setting sail with them to India from Iran in the year 1824. The most surprising fact is that every one of those two hundred horses survived this long and arduous journey over sea and land, reaching Bangalore, alive and kicking!

The man who sold the horses to the Maharaja endeared himself to his customer and settled down in Bangalore which soon became his ‘Karmabhumi’ according to the writer Syeda Mirza. At that time Mummadi Krishnaraja Wadiyar, the then Maharaja of Mysore was about to become a victim of the very vicious Doctrine of Lapse imposed on Indian royalty by a very scheming British regime by which it could annex any kingdom if the ruler did not have a direct heir. It is reported that Agha Aly Asker became very close to the Maharaja because he could through his good relationship with Sir Mark Cubbon, the British Commissioner, get the Crown to restore the kingdom’s reins into the Maharaja’s hands, which understandably must have been a very difficult task. Meanwhile Sir Mark Cubbon commissioned Aly Asker to build more than a hundred bungalows around High Grounds, Richmond Town and the Bangalore Cantonment, many of which still stand in testimony to his abilities. We also have the Ali Asker Road named after him in Bengaluru on which his own house too still stands, although in a very vestigial state.

The close relationship between his family and the Mysore royal family continued down the line with his grandson, Sir Mirza Ismail becoming the classmate of the young Maharaja Sri Nalwadi Krishnaraja Wadiyar at the private royal school that was being run in the Summer Palace in Bangalore. Sir Mirza, who graduated from the Central College, Bangalore in the year 1905 and held many high posts was the first Indian to become the Private Secretary to the Maharaja. At the age of forty-two, he also went on to become the youngest Dewan of the State of Mysore in the year 1926 after A.R. Banerjee relinquished office.

READ ALSO  A Bridge not too Far !

His love for Mysore was so intense that in a speech that was aired on All India Radio, which can still easily be found on its archives in the internet, Sir Mirza says: I want Mysoreans to wash with Mysore soap, dry themselves with Mysore towels, clothe themselves in Mysore silk, ride Mysore horses, eat abundant Mysore food, drink Mysore coffee, sweetened with Mysore sugar, equip their houses with Mysore furniture, light them with Mysore lamps and write on Mysore paper!

Sir Mirza in his autobiography, ‘My Public Life’ says that the passing away of his dear friend, the Maharaja was the greatest sorrow that he had known! Towards the last phase of his active public life Sir Mirza seemed to have lapsed into a slightly disillusioned frame of mind. Here in Mysore he was seen by his detractors as a Muslim who was unusually close and influential with a Hindu Maharaja only because of his childhood friendship. At Jaipur he was seen as anti-Hindu while at Hyderabad he was seen as anti-Muslim because he did not support its existence as an independent State, without integration into the Indian Union!

It is said that once when the Maharaja and he were doing their morning rounds together on horseback, Sir Mirza, for reasons best known to him, expressed his desire to step down from his post. The Maharaja smiled and pointing towards the Chamundi Hill said: “You can do it when I go there.” He meant the cremation ground at the foot of the hill! And, that is how it was. Sir Mirza’s death came calling at the age of seventy-five while he was still very active. His demise was mourned not only here at home but across the world too, with newspapers in many countries writing about his very productive life.

Reporting on Sir Mirza’s resignation as Dewan of Mysore, The Ceylon News on May, 12th, 1941 said, Truth is a paradox and so is greatness. Sir Mirza too was a man of paradoxes. He was an autocrat with democratic instincts. A dictator with a weakness for having a constitution. A capitalist with socialist leanings. An idealist with an intense practical outlook. A dreamer with the astute mind of a businessman. A most charming man but a very stern and strict official. A perfect host but an indifferent friend. And he had no bosom friends, except the late Maharaja of Mysore!

The most amazing thing that Niranjan revealed in his talk was that the grand-old-man of India, Sir C. Rajagopalachari, fondly known as Rajaji, the first Indian to become the Governor General of India, at the time of the imminent partition told Sir Mirza to accept the invitation of Mohammed Ali Jinnah and go over to Pakistan. When a shell-shocked and very outraged Sir Mirza angrily asked him why, he said, “that way we will have someone in Pakistan who will love India and thus ensure that the Pakistanis too will do the same!” A wry but a terrific compliment indeed !

2 COMMENTS ON THIS POST To “The Unknown side of Sir Mirza Ismail: His Lineage and Legacy”