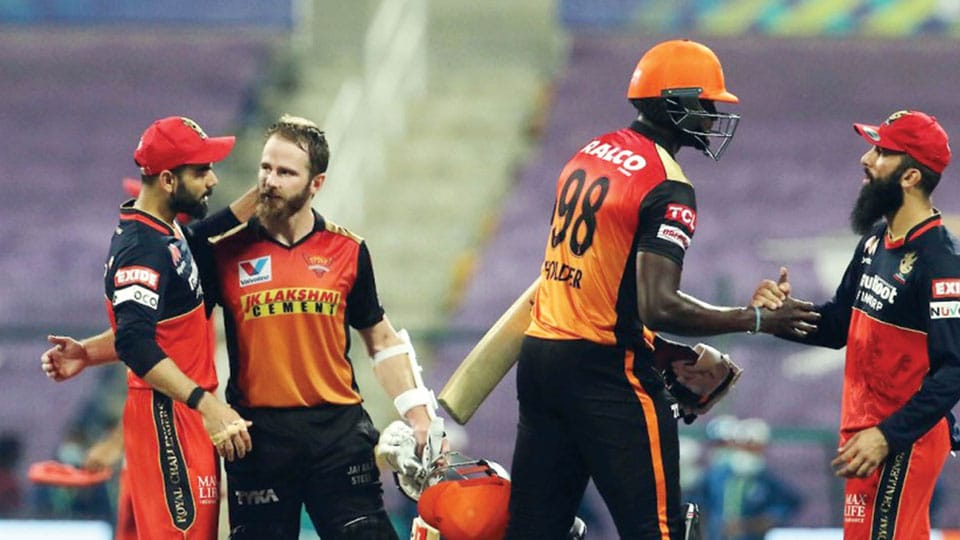 SRH eliminates RCB to take on DC in Qualifier-2

Jason Holder enjoyed a fine outing with the ball and bat while Kane Williamson scored a fine 50* as Sunrisers Hyderabad (SRH) set up a Qualifier-2 clash with Delhi Capitals (DC) after beating Royal Challengers Bangalore (RCB) by six wickets in Eliminator of the Indian Premier League (IPL) 2020 in Abu Dhabi yesterday.

Kane Williamson scored his 14th IPL half-century to help SRH get across the line, after being handed a target of 132 runs. Williamson received support from Jason Holder who stepped in with a fine cameo down the order.

Mohammed Siraj was the pick of the bowlers, accounting for two wickets.

Earlier, RCB posted a total of 131 runs for loss of seven wickets in 20 overs, after being sent in to bat. South African batsman AB de Villiers was the highest run-scorer, scoring 56 runs off 43 deliveries. De Villiers’ knock comprised of five boundaries.

The wicketkeeper-batsman received support from Australian opener Aaron Finch who chipped in with a 30-ball 32. None of the other batsmen managed to make an impact, with skipper Virat Kohli dismissed for just 6. Holder was the highest wicket-taker, accounting for three dismissals.