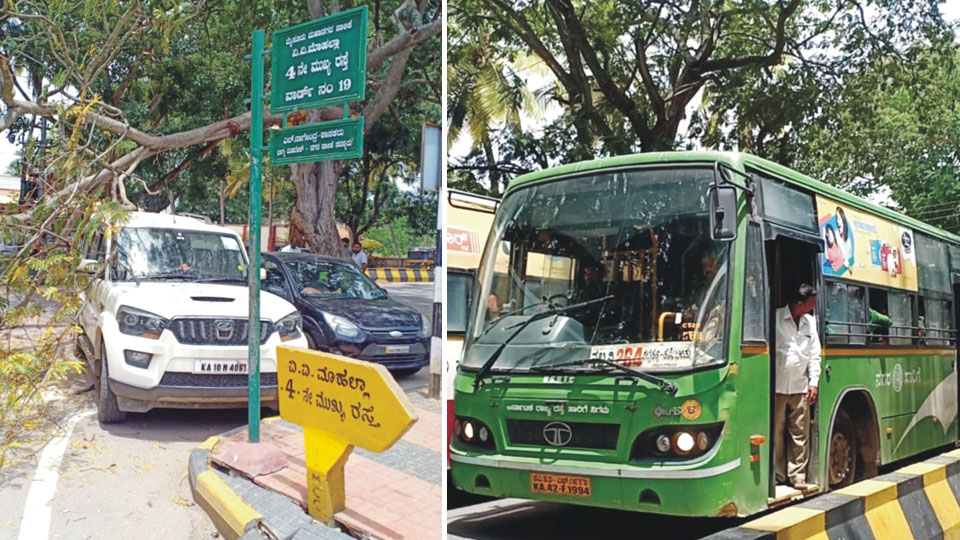 A tree branch fell on the road near 4th Main Road at V.V. Mohalla, opposite Loyal World at about 9am today causing massive traffic jam on the busy road. As it was peak hour traffic, buses, cars, bikes and other vehicles were stranded for a long time.

Though the V.V. Puram Traffic Station is a stone’s throw away from the place where the tree fell, no step was taken to either smoothen the traffic flow or to clear the tree branch.

Vehicles were blocked for a long time and worse, the adjacent roads too were choked. Later, traffic Police arrived at the scene and made efforts to clear the tree along with Mysuru City Corporation staff. Traffic flow was restored later.