Home » Voice of The Reader » Geologists must stop acting like Astrologers 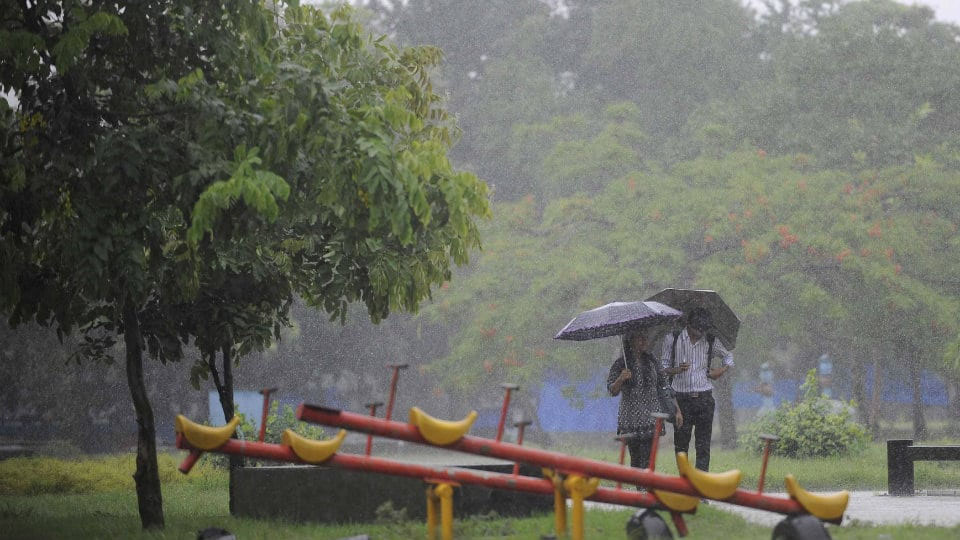 Apropos the report concerning the possible recurrence of excess rainfall and landslides in Kodagu this monsoon too like in 2018 (SOM dated April 25), it is unfortunate that the Geological Society of India (GSI) has come out with this untimely prediction which goes to put the easily vulnerable common man’s mind placed further precariously.

Such predictions, which turn out to be wrong more often than not, only create an impression of insecurity among people and go to make them feel that the land is no more a safe place to live in.

Monsoon-2019 is well into the country. The normal monsoon would have been a “five week old” one by now. Yet, it has rained little this time in Malnad. The sun continues to shine almost every day over Kodagu, streams in our experimental watersheds have not yet touched the levels which can be measured and the agriculturists are a worried lot.

The rain gauge we (Water Resources Centre of NIE) maintain at Kudigana, a village deep inside the hill ranges of Somwarpet taluk, has recorded just 460 mm of rain this June, while its normal June rainfall is about 1,300 mm. Last year, June saw our rain gauge recording 1,809 mm. This means the GSI’s predictions have gone haywire, with this June recording a deficit of nearly 65% and receiving an amount just about 25% of last year’s.

However, rainfall is a stochastic phenomenon which cannot be predicted well. Even the Global Circulation Models furnish just an indication of the possible amounts. They estimate values based on too many parameters, and hence are high uncertainty-bound. Hence, any long-range prediction must be associated with confidence limits based on probability values and must be taken with a pinch of salt.

It has become a craze for Meteorologists these days to issue circulars stating exact values of the possible rain in different regions. Such ‘exact’ predictions utterly go wrong for obvious reasons. It is time agencies stop issuing such statements, lest they become a laughing stock and go to create misleading impressions about science among people.

According to the principles of Statistics, no magnitude of extreme events is impossible, but higher magnitudes always have a lower probability. Also, probability of extreme events occurring during two successive years is much lower. Further, predictions are associated with uncertainties which increase with the number of parameters used in the estimation. Hence, they shall not be used for warning the people, rather be used at the official level for taking proper precautionary measures.

Regarding the GSI’s circular, it is a pity that the agency went to the extent of threatening the people of Kodagu and misleading the officials. The sorry state of affairs is that the GSI predicted disasters based on totally wrong concepts, which attributed April – May rainfall to factors that influence the monsoon rain.

We have records which establish that shortfalls in June are an indication of deficits (usually of a smaller magnitude) over the whole season — there are no cases of excess rain occurring succeeding a severe shortage in June. Hence, possibilities are little that a repetition of 2018 occurs this year again, bereft of the fact that according to statistics, even a one percent chance may become “true” the very next day.

The people of Kodagu live with rains and they know floods and small landslides. But it is strange that experts understand little of statistical methods — they seem to have acted like astrologers, some of whom too predicted a catastrophe this year.

This correspondent has a vast experience with the data of rainfall in Kodagu and finds no evidence of extreme rainfall getting repeated in successive years. Although it is true that “anything” can happen anytime, fears of that happening the very next month can only make life miserable. People of Kodagu are used to extreme rainfall but have lived there peacefully for centuries. Let them only be helped in need, but not be threatened.