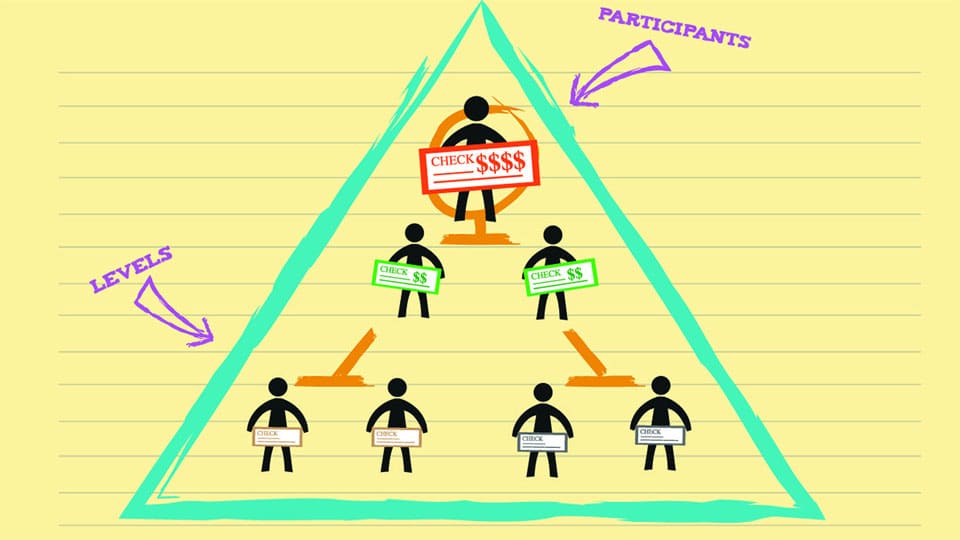 Given the feature of dailies virtually compelled to accommodate their column-space to reports of various kinds of criminal acts in today’s society, on an unprecedented scale, one cannot but remark that living in peace nowadays is a challenge before all cross-sections of urban residents. The modus operandi of the offending types conning the gullible citizens by offering attractive returns on cash-driven investments has come to be named Ponzi deals. Old timers of the erstwhile Princely State of Mysore can recollect a similar deal by a person during 1940s who lured people to deposit their money for getting irresistible returns as interest in a short time. Legend has it that even royalty of the State and a Nobel Laureate were among his victims suffering monetary loss, apart from people with modest means hoping to grab a quick buck. The term scam, also appearing in the media and heard regularly during debates in the Legislatures nowadays, has yielded place to its modern avatar Ponzi, to describe fraudulent and deceptive acts and operations.

The land’s epics and chronicles of past centuries are rich source of narratives exposing the wicked ways of humankind to satisfy ambitions driven by greed. That tendency has endured despite clarion calls by mentors of society to people for eschewing greed and evil acts, features that distinguish plants and animals as ideal species.

Even as terms that are as strange as the proverbial Greek ’n’ Latin are emerging and in extensive use by the literati nowadays, leaving the digitally illiterate sections feeling helpless, the term Ponzi is in a different class and may interest many to take a pot-shot at it. A Ponzi scheme is a form of fraud that lures investors and promises to pay profits to earlier investors using funds mopped up from later investors. The scheme is named after Charles Ponzi (1882-1949) who became notorious for using the conning technique as far back as 1920s. It was also previously described in novels by Charles Dickens in 1844 and 1857. If a Ponzi scheme is not stopped by authorities, the operator vanishes taking all the investment money with him.

The Ponzi deal, thick in the news world nowadays, has already left a few thousands in Karnataka robbed of their cash, putting a stop to new investors getting ensnared. They are truly patrons of the wily scheme, adding one more burdensome task to the law-keepers.

Editorial
Geologists must stop acting like Astrologers
What came first: The world or life?