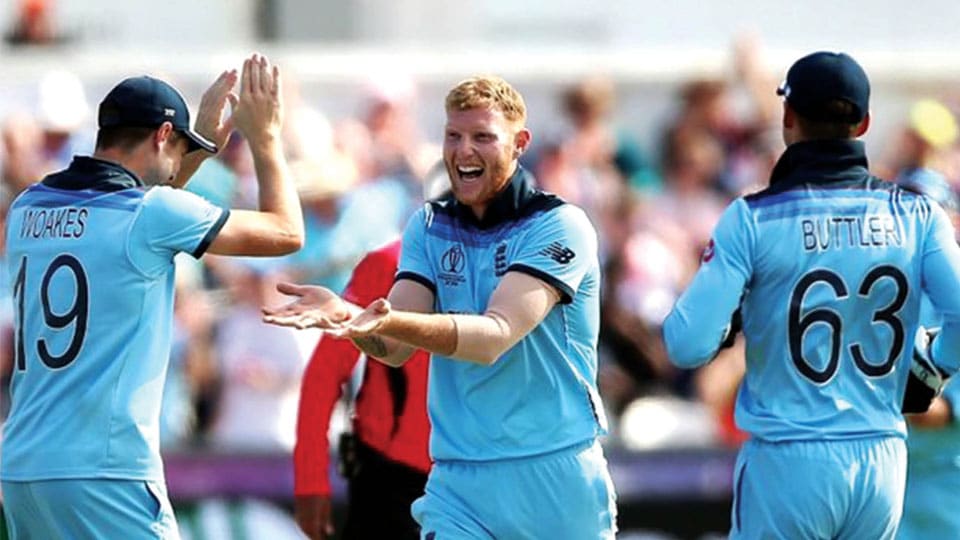 Hosts England made it to the semi-finals with a convincing 119-run win over New Zealand in the ICC World Cup 2019 match played at Chester-le-Street on Wednesday.

Jonny Bairstow’s century was the highlight of the England innings before the bowlers took over to bowl out New Zealand and ensure that they make it to the semi-finals.

England are making it to the World Cup semi-finals for the first time since 1992. It was Williamson’s exit, run out by a deflection when backing up that more or less put the crowd at Chester-le-Street into a celebratory mode. Given that Pakistan will need to win by an impossibly vast margin over Bangladesh to pass them, New Zealand have some time to re-think and come back strongly.

Bairstow’s innings was his second century in as many World Cup innings and third in three against New Zealand. He cover drove and pulled with poise and added 71-runs for the second wicket with Joe Root (24).

New Zealand’s bowlers spearheaded by Trent Boult (two for 56) came back strongly, by striking in intervals and restricted England to 305 for eight in 50 overs. Skipper Eoin Morgan 42 ( 40b, 5×4) was the only other useful contributor. Matt Henry (two for 54) and James Neesham (two for 41) were the other wicket-takers for New Zealand.

The Kiwis started badly losing opener Henry Nicholls (0) early and were two for one in the fifth ball of their innings. Martin Guptill (8) departed soon caught brilliantly behind the wicket by Jos Buttler off Jofra Archer and New Zealand were struggling at 14 for two in 5.2 overs.

Ross Taylor was run-out going for a non-existent second run. Latham 57 (65b, 5×4) and Neesham 19( 27b, 1×4) added 54-runs for the fifth wicket, but after the fall of Neesham’s wicket, there was no resistance from the New Zealand’s remaining batsmen and wickets tumbled at regular intervals. New Zealand were bowled out for 186 in 45 overs. England won the match by 119-runs.

Mark Wood impressed for England by taking three for 34. Jonny Bairstow was chosen as the Player of the Match.

Three sides — Australia, India and England — have made it to the semi-finals and the fourth team New Zealand is all but locked and loaded unless something extra-ordinary happens on Friday.