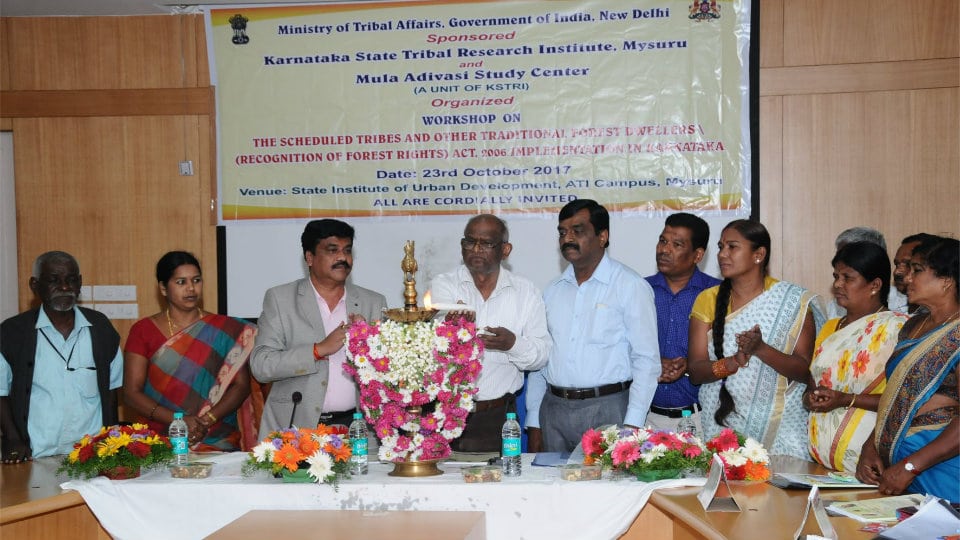 Speaking as the chief guest, K. Revannappa, Director, Schedule Tribal Welfare Department, opined that the title deeds issued to forest tribes should be included in Revenue records and added that the Deputy Commissioner should take steps in that context.

He said that the Government had come out with several schemes for tribal people to make them economically independent. He further said that Title Deeds have been issued to 1,294 forest tribes in Chamarajanagar and to about 95 percent of them in Shivamogga and added that 1,200 of them in the State have to be given Title Deeds.

Continuing, he said that instructions have been given to Department of Co-operation to extend long and medium term loans to displaced forest tribes. He added that the Union Government would provide a minimum support price for forest products prepared by the tribes and bought by LAMPS if the market rate dips.