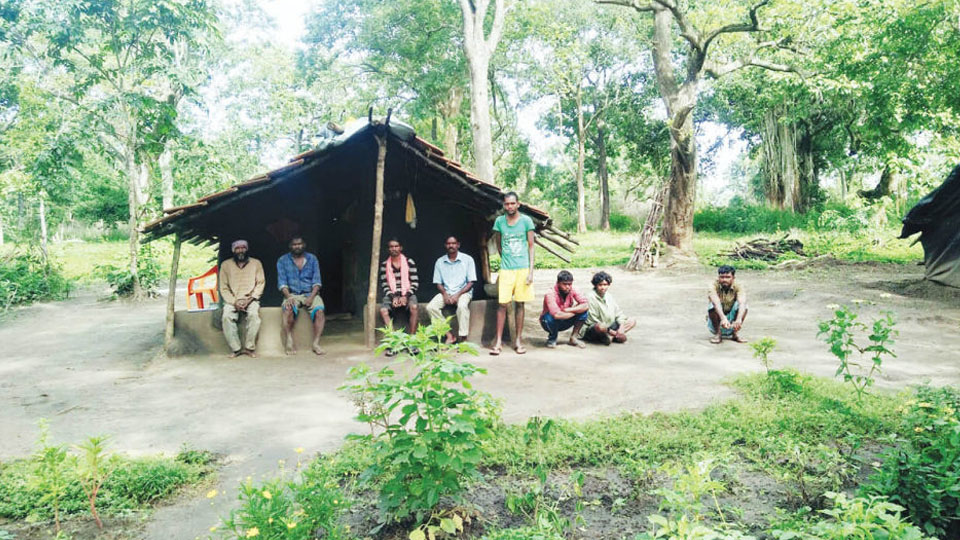 Mysore: Demanding proper implementation of Forest Rights Act, tribals, under the banner of Karnataka Aranya Moola Budakattu Samudayagala Okkoota, will launch an indefinite stir in front of Doodahejjur Gram Panchayat Office in Hunsur taluk at 11 am on July 1.

Announcing this at a press meet here yesterday, the Okkoota representative Shylendra said that people living in tribal hamlets (Haadi) coming under Hanagodu hobli in Hunsur taluk have filed over 800 applications long ago seeking proper implementation of Forest Rights Act.

But they are yet to get Title Rights even after 12 year of application, which has caused heartburn among the tribals.

Upset over official apathy, the tribals have no other choice than launching an agitation, he said and added that the indefinite stir will not be withdrawn until their demands are met.