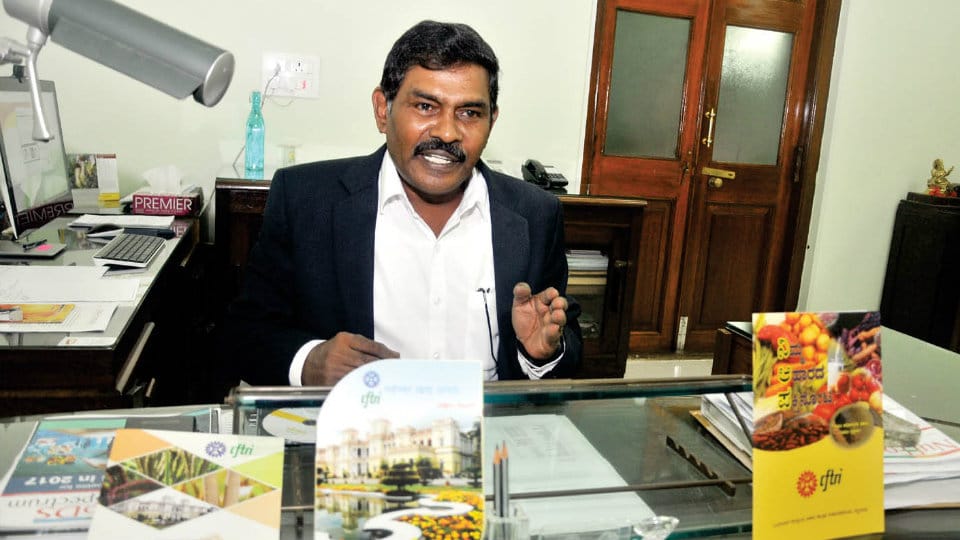 Mysuru: “I am happy, is all I can say now. I will assume charge again tomorrow. I am on medical leave as I was suffering from upper respiratory tract infection. I have to produce a medical certificate,” said the restrained voice of CFTRI Director Prof. Ram Rajasekharan.

He was speaking to Star of Mysore, here this morning and said, “It made me very unhappy and I decided to fight my transfer orders. After all, you cannot hang a person thrice. As I had mentioned in my interview to SOM, ‘There is a fact finding committee and no less than three times they have looked into my records and found me clean.’ Yesterday afternoon the Central Administrative Tribunal (CAT) met in Bengaluru and stayed my transfer.”

The Bengaluru Bench of CAT also directed Prof. Rajasekharan to continue in the post of Director as he was relieved “unilaterally” and will continue to function in the post until further orders.

A Bench comprising K.B. Suresh, a Judicial Member, and P.K. Pradhan, an Administrative Member, passed the interim order after hearing an application filed by Prof. Rajasekharan, who questioned the legality of his transfer while contending that he was transferred by the Council of Scientific and Industrial Research (CSIR) without issuing notice to him.

“I was surprised that after three times, they constituted a committee for the fourth time. This I came to know only during the hearing yesterday through my lawyer. The Bench has stayed both my transfer and relieving order,” he said.

According to Prof. Rajasekharan, it looked like the CSIR itself, the Director General had mooted this idea, and they were playing a game with him. “They talked about my so-called anti-Kannada stand, an allegation made by Karnataka Rakshana Vedike. Even the local MP Pratap Simha had written many letters citing law and order issues,” he said.

As the Tribunal has adjourned the hearing for Sept. 18, Prof. Rajasekharan said, “I do not want to talk much now. After Sept. 18, I will talk and all truth will come out.”

It may be recalled that Jitendra Jhadav, Director, National Aerospace Laboratories, Bengaluru, was holding additional charge as Director of CFTRI, following Prof. Rajasekharan’s transfer on Aug. 28.

A source in CFTRI Director’s office told SOM on condition of anonymity that they were waiting for the orders from CSIR Head Quarters, Delhi. “However, they have no choice but to obey the orders of CAT. People in the campus have understood the reality and everything appears cool,” he said.