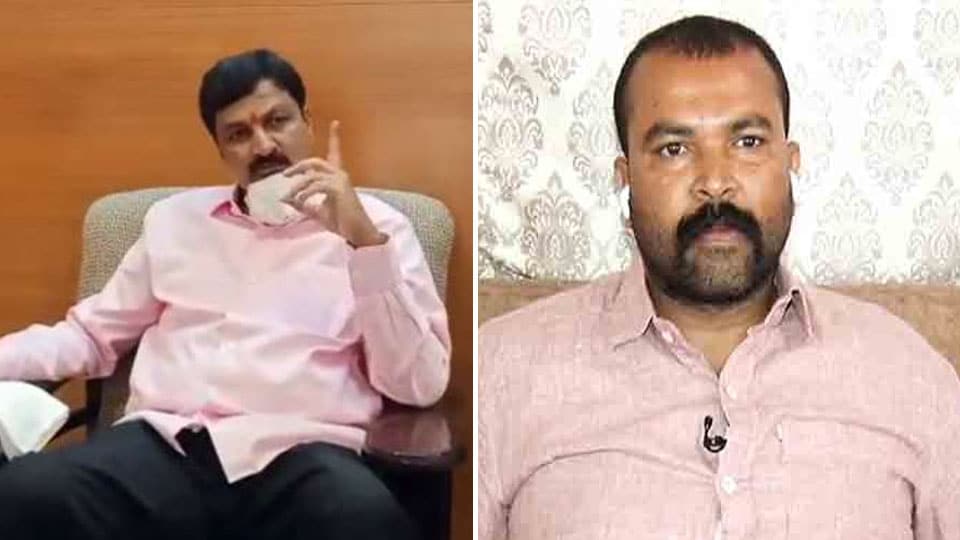 Jarkiholi resigned as Water Resources Minister on Mar. 3 after video clips allegedly featuring him and a woman were aired on TV channels and social media. Police are yet to register an FIR as the woman could not be traced and no one gave a statement on her behalf other than Kallahalli, who has said he does not know her or members of her family and that he was given the recordings and information by an acquaintance.

Meanwhile, BJP MLA Balachandra Jarkiholi, brother of Ramesh Jarkiholi has demanded a CBI probe and told the reporters that the video allegedly featuring his brother and a woman was doctored.

He alleged that four teams are involved in the conspiracy to defame Ramesh and forced him to step down as Minister ahead of Assembly elections in five States.

“The plan was also to embarrass the BJP ahead of elections in five States, contending that the videos were fake. I believe that the visuals in the CD are fake. It should be tested to verify its authenticity,” he said.

“Ten Ministers of the Government and 25 MLAs who met me have urged me to press for a CBI enquiry. I will meet him in the evening, urging him to come out and speak to the media. He should file a complaint against the incident. If he does not, I will file a complaint on his behalf,” Balachandra said.

2 COMMENTS ON THIS POST To “Twist in sex CD scandal: Activist wants to withdraw plaint against Ramesh Jarkiholi”