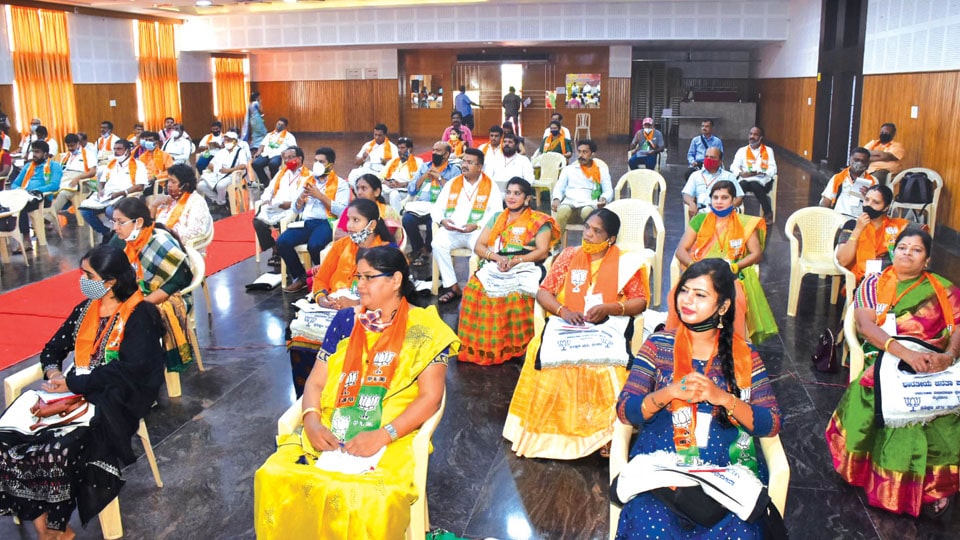 Two-day orientation for BJP workers from KR and Chamaraja Constituencies

Speaking on the occasion, Ramdas said that the achievements of both the Central and State Governments have been displayed at the venue and the party workers should give their opinion in short on the transformation they have seen in the past few years and what needs to be done in the future, in writing.

He also asked  the party workers to read about the lives of top Jansangh and BJP leaders.

City BJP President T.S. Srivatsa, in his address, said that the orientation programme which used to be held for seven days in the past, has now been limited to two days due to various factors.

Maintaining that orientation programmes are not held in such an organised manner in other parties, he said that BJP is the only party that gives power and position to ordinary party workers.

Speaking on the occasion, Nagendra said that the orientation programme paves the way for party workers to become good orators and party organisers.

Pointing out that the party has been built by senior leaders during difficult times, he said that there is no doubt that party workers will get their due for all the hardwork that they do.