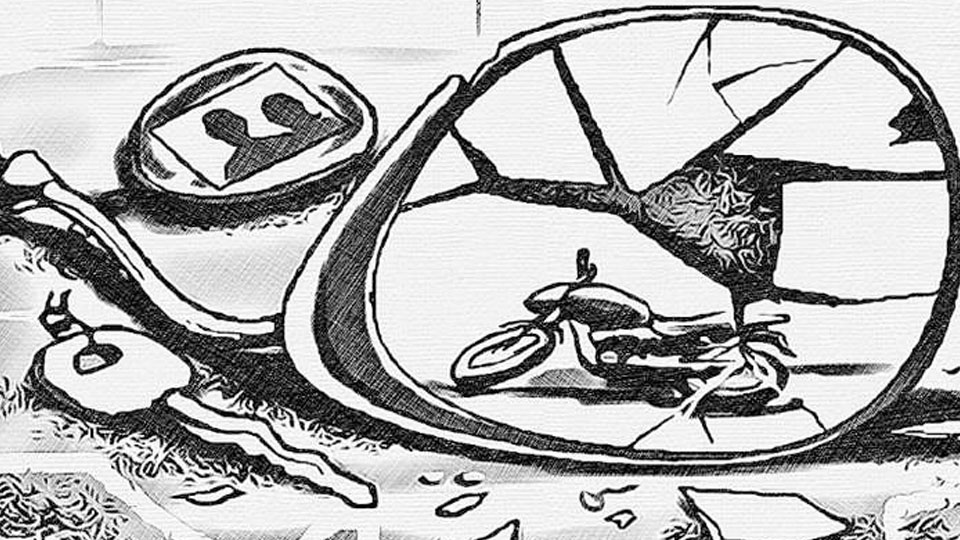 Two killed, another injured as tractor rams into bike

Mysore/Mysuru: Two youths were killed while another suffered serious injuries when a tractor rammed into the bike on which they were riding at Preethi Layout on Lingambudhi Palya Road yesterday morning.

While the deceased have been identified as Madhusudhan (25) of D. Salundi village and Ravikumar (26) of Doddahundi village, the seriously injured youth, who was riding the bike, is Nagaraju. He has been admitted to a private hospital in city.

The three youths were proceeding on a Bajaj Platina bike from Vivekananda Circle towards Srirampura, when a tractor, coming from the opposite direction rammed into the bike at about 9.30 am. While Madhusudhan died on the spot, Ravikumar breathed his last at a private hospital.